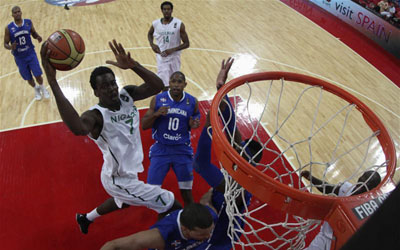 The International Basketball Federation (FIBA) has given the hosting rights for the FIBA Basketball World Cup 2023 to Philippines, Japan and Indonesia.

The trio of countries were chosen over a joint bid from Argentina and Uruguay. The World Cup matches will be played across the three nations in the Aranteta Coluseum and the Mall of Asia Arena in the Philippines, Okinwa in Japan and Jakarta in Indonesia.

The event will be hosted in more than one country for the first time while Japan and Philippines will be organising the tournament for the second time since 1978 and 2006 respectively.

Manuel V. Pangilinan, Chairman Emeritus of the Philippines Basketball Association (PBA), said: “We are extremely happy that FIBA has decided to award the hosting right for the FIBA Basketball World Cup 2023 to Philippines/Japan/Indonesia.

FIBA President, Horacio Muratore, added: “Congratulations to Philippines/Japan/Indonesia as they will host a first-of-a-kind FIBA Basketball World Cup in 2023, when it is staged across multiple countries.

“This was a very difficult decision as both candidatures were of exceptional quality. We want to congratulate both bidders for their outstanding work. We are very pleased to see national federations team up and put together bids of the highest quality to host our World Cup.”