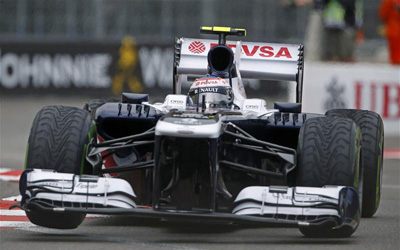 Formula One is facing pressure from the European Alcohol Policy Alliance (Eurocare) over the increasing number of alcohol sponsorships in the sport.

As the FIA positions itself as ambassadors of road safety, cialis the growing number of alcohol partnerships in the sport has angered safety lobby and anti-alcohol bodies alike.

Financially it has been a big year for Formula One in terms of alcohol sponsorship with several teams agreeing deals.

Williams partnered with Martini in a deal worth £10 million, cure Force India agreed a deal with Smirnoff while Johnnie Walker, pills a current sponsor of McLaren, became the official whisky of F1.

In the open letter Skar said: “When considering the continued destructive prevalence of drink-driving, permitting the mixed messages presented in alcohol sponsorship of Formula One seems ever more inappropriate given the total viewing audience of 500 million.

“[We are] deeply concerned of the heavy marketing exercise seen in Formula 1 and is therefore requesting an urgent change.

“Allowing alcohol sponsorship in Formula One seems to contradict many official guidelines for the marketing of alcohol. It runs against the EU Directive (2010/13/EU), which states that marketing for the consumption of alcohol should not be linked to driving.”

The European Union is currently considering banning the advertisement of drinks in sport, although a decision is yet to be made on that front.

“The sport would not collapse overnight as a result and would constitute a sincere effort to severe the link between drinking and driving,” the letter continued.

“Furthermore, a ban on alcohol sponsorship in Formula One is not a radical departure from previous policy, and rather is a reform in sync with current national efforts to reduce alcohol-related harm.

“The European Alcohol Policy Alliance is requesting an end to alcohol sponsorship in Formula One and expects rapid action from your side.”