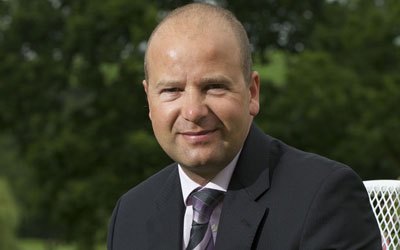 iSportconnect, erectile the world’s largest global private network of sports business executives, is delighted to announce Jonathan Ford, CEO of the Football Association of Wales (FAW), as the latest confirmed panellist for the next Directors’ Club event in London.

The final Directors’ Club event of the year will take place at the 5-star Grange St. Paul’s Hotel on 8th December.

In what will be the third Directors’ Club event in London in 2015, Ford will join Ed Warner, Chairman of UK Athletics and Nick Bitel, Chair of Sport England on the panel.

Under Jonathan Ford’s tenure, the Wales national team has enjoyed a remarkable rise, which was capped off in October by sealing qualification for Euro 2016, their first major tournament since 1958. The team also broke into the top 10 of the FIFA World Rankings this year, securing its highest ever position of 8th.

Ford also recently led the successful bid to confirm Cardiff as the host city for the UEFA Champions League Final, which will be the biggest sporting event in 2017.

He became the CEO of the FAW in 2009 and has 25 years international experience gained in strategically developing & delivering complex business building programmes across FMCG and Sports Rights Management, with a focus on global events & 3rd party partnership programmes, including the FIFA World Cup, the UEFA European Championships and the Olympic Games.

Prior to joining the FAW, Ford spent nine years at Coca-Cola in various capacities such as European Sports Sponsorship Director and General Manager of UEFA Euro 2004.

The Directors’ Club event will be followed by Christmas dinner and entertainment.

iSportconnect Directors’ Club events are a gathering of exclusively invited director level delegates, partaking in a BBC Question Time-style discussion with a panel of well-established executives from the sport business industry.

iSportconnect chairman Michael Cunnah said: “We are very excited to welcome Jonathan as a panellist in what has been a tremendous year for the Wales national team. With Cardiff also winning the hosting rights to the 2017 UEFA Champions League final, it will be great to get an insight from Jonathan on the work that has gone into making this a hugely successful year for the FAW.”

To register your interests please contact Elyse Gallacher at elyse.gallacher@isportconnect.com.