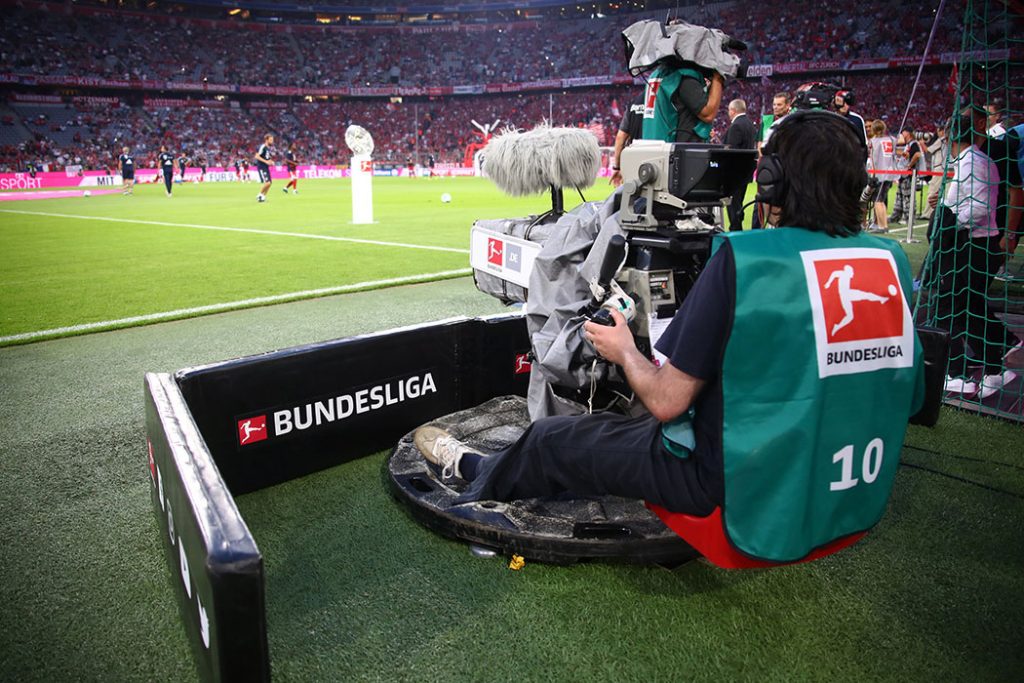 For Fans In America, Televised European Soccer Can Be A Luxury

Plenty of live European soccer is available to fans in the USA on TV and streaming platforms, but matches are scattered over many outlets and the cost of access can be daunting, according to the New York Times, which has published a fine wrap-up on of what U.S. fans need to do to watch European action this season.

What follows is a synthesis of reporter Kevin Draper’s research into the viewing picture.

Most important matches will be available with only a basic cable subscription, but getting them will mean paying for a higher-tier sports package and subscribing to at least two or three streaming services.

Premier League rights in the United States are owned by NBC Sports, which mainly shows the games on cable channel NBCSN. A few big matches a year are on NBC itself, and sometimes they’re shifted to CNBC and USA.

Turner Sports has acquired the English-language rights to the Champions League. Among the changes this season.

During the group stage, two live matches will be shown in afternoon slots on Tuesday and Wednesday on TNT, meaning only four games per week. Turner will show its other 12 group stage matches each week on Bleacher Report Live, Turner’s new subscription streaming service. This costs $79.99 a year, but single games are available for $2.99.

Spanish-language Univision will carry 97 Champions League games on its linear networks — Univision, UDN, UniMas and Galavision — and dozens more across its other platforms.

In the round of 16 next spring, half the Champions League matches will be on TNT, with the rest on B/R Live. Starting with the quarterfinals, every match will air on TNT.

Turner also owns Europa League rights, but only match plans to show the final on television. All other Europa League games will be on B/R Live.

The F.A. Cup was on Fox Sports last season, but the rights have not been sold yet for this season.

So, if an American fan wants to watch all the above from the English and European cup tournaments, it could cost about $750 a year.

La Liga matches from Spain will be on beIN Sports, and sometimes on its streaming subscription service beIN SPORTS CONNECT.

Ligue 1 games from France are also on beIN Sports.

Forty Serie A games (one per week) from Italy will be shown on either ESPN or ESPN2. Every other Serie A match will be streamed on ESPN+.

Five Bundesliga matches from Germany will be on the Fox network, 75 or so will air on FS1 and another 100 on FS2 and Fox Soccer Plus. All of Fox’s televised matches are available on the Fox Soccer app.

For Spanish speakers, the channel line-up is as follows: