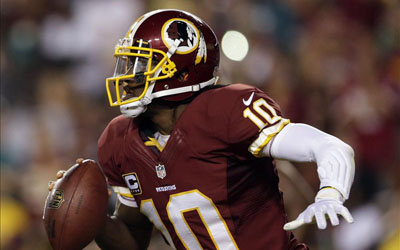 The deal will run until the end of the season and is FanDuel’s first partnership with an American football team.

FanDuel will benefit from advertising at the Redskins’ stadium FedExField as well as on the team’s digital and social media platforms.

“Fantasy sports is an integral part of the NFL game day experience and we couldn’t be more proud to strategically align with FanDuel — the pioneer of one-day gaming, medical ” said Redskins Chief Marketing Officer Mitch Gershman.

“Collaborating with FanDuel will offer yet another fan experience enhancement at FedExField.”

This continues FanDuel’s recent foray into the sports market as they this week became the official one-day fantasy sports partner of the National Basketball Association, sale its first major professional sports league sponsorship.