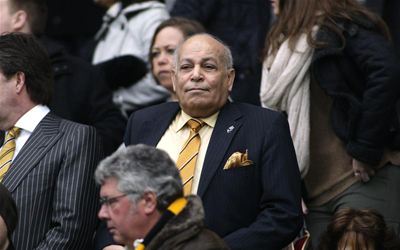 The Football Association has revealed it is currently in arbitration over its decision to reject Hull City’s name change.

The club’s proposal to rebrand from Hull City AFC to Hull Tigers, pushed for by owner Assem Allam in a bid to attract increased overseas investment, was rejected by the FA Council in April.

Allam has previously revealed that he had reacted to the decision by putting the club up for sale but was also appealing against the decision.

The Egyptian, who bought the club for £1 in 2010, caused confusion by stating the case was being handled by the Court of Arbitration for Sport, who reported no knowledge of it.

His son, acting chief executive Ehab, quickly moved to clarify that the arbitration process was actually being handled through the FA’s own procedures but a confidentiality clause meant the governing body were unable to stand up those claims.

But on Tuesday the FA and Hull both posted identical statements on their websites to clear up any lingering doubt.

The statement read: “The Football Association has agreed with Hull City to clarify the position regarding the club’s name change application.

“The club has chosen to commence an arbitration under Rule K of the Rules and Regulations of The Football Association to challenge the decision of The FA Council.

“All other aspects of the arbitration shall remain confidential until such time as a decision has been made.”