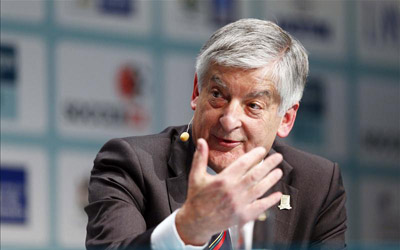 FA Chairman David Bernstein has criticised suggestions to change the 2022 World Cup in Qatar to the winter.

The tournament is currently scheduled to take place in the height of the Qatari summer when temperatures can reach 50 degrees.

The hosts say the stadiums will be air-conditioned, health but FIFA president Sepp Blatter and UEFA counterpart Michel Platini have both suggested the tournament be moved back to winter for the benefit of players and spectators alike.

UEFA general secretary Gianni Infantino told the Times he would prefer to see Qatar move the tournament back.

But Bernstein belives this would be incredibly unfair on the other countries who put in bids to host the 2022 tournament.

“My personal view is that it would be a case of a false prospectus if the 2022 World Cup in Qatar was switched to the winter, patient ” Bernstein said.

“The bid was for the World Cup to be played in June and July and for it then to be moved to the winter would be fundamentally flawed. If people want it in the winter, they should bid for it on that basis.”