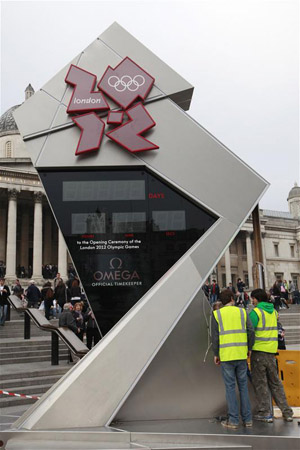 The details of the International Olympic Committee’s (IOC) judgement against the British Olympic Association (BOA) in the row regarding revenue from the London 2012 Olympics with its organisers have been revealed today, April 4.

The BOA have pursued their case with the Court of Arbitration for Sport (CAS), despite the IOC’s damning ruling, even though the IOC clearly states that they have the final say in any disputes arising from the Joint Marketing Programme Agreement (JMPA), which was signed six years ago after London were awarded the Olympics and Paralympics.The nine-page ruling signed by Urs Lacotte, the former director general of the IOC who resigned due to health reasons last week, and Howard Stupp, its director of legal affairs, and sent to the BOA and London 2012 on March 18, provides little evidence that the BOA’s appeal to CAS will succeed – even if it does get that far.The ruling reads: “Clause 15.6 (c) of the JMPA reads as follows: ‘should any dispute not be resolved by the respective officials of the NOC and the OCOG within 30 days of reference to them,then either party may give written notice to the other requiring that the dispute be solely and exclusively resolved by the IOC. The decision of the IOC will be final and binding on the parties and it is agreed that neither party will institute or maintain proceedings. in any court or tribunal other than as set forth herein’. Based on that clause, the IOC’s ultimate jurisdiction over this dispute is clearly established. By sending submissions and participating in the proceedings, the parties have also confirmed that they recognise the jurisdiction of the IOC.”The row is set to dominate the SportAccord International Convention in London this week, having left BOA chairman Colin Moyninah isolated both domestically and internationally. The fact that the affair is overshadowing the event, originally designed to showcase London’s preparations for next year’s Olympics and Paralympics, is said to have irritated IOC President Jacques Rogge, who is due to arrive here today.David Hemery, the vice-chairman of the BOA, revealed last week that he had written an open letter to Britain’s Olympics sports in which he insisted the BOA did not know that they would only receive any prize after the Paralympics had taken place. Hemery stated: “Our board would never have so enthusiastically voted in favour of the proposal if we anticipated that in fact there would be no balanced budget, with no sporting legacy beyond buildings in London.“To assert we knew this all along is an insult to the common sense decision making of the Board members of that time.”Yet the IOC ruling makes it clear that this situation had been in place for nearly a decade, even when London were bidding for the Games and that the BOA Board should have known that.