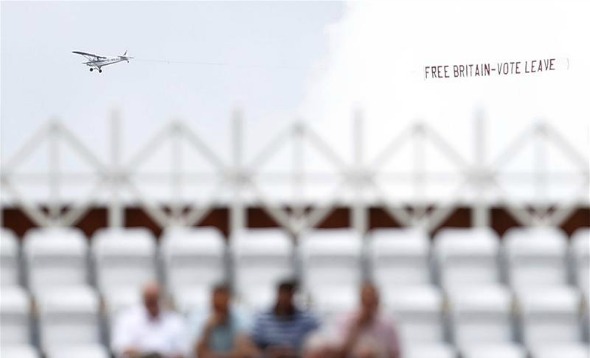 The result of the Brexit vote last week has left seen a huge drop in the pound, and also has affected the UK’s credit rating, with Standard & Poor recently dropping the UK from AA+ to AA.

The discussion on how this will affect sport is an interesting one, with the iSportconnect community seemingly divided on the issue.

Simon Chadwick Professor of Sports Enterprise at Salford University, looks at the various implications and the sports landscape moving forward.

This is a period of great uncertainty for everyone working in the sport industry because we simply don’t know what is going to happen next.

People have talked about work permit issues and that’s something we may have to get to grips with – but that is one example. I think the movement of people, goods and services is going to be significant; If you take Formula One for example, it is a global industry which seems to have adopted the UK as its base and there is the movement of components and supplies, we need to know as soon as possible if there will be changes to that due to Brexit.

I’ve spoken to two organisations already who have postponed investment plans in sport and the reason they have done that is because they don’t know what is going to happen. We are not on the verge of the apocalypse but there is a cautiousness and restraint by decision makers as they don’t know what will happen next.

I think the period of uncertainty is the best case scenario, as we don’t know what will happen domestically. One of the things we haven’t had in this country is a sports industry strategy, the EU was coming up with an industrial strategy for sport – clearly we will no longer be part of the process.

We could see this optimistically, with a post-Brexit government taking control and setting about formulating a strategy for sport. But equally in a post-Brexit world, where there are more fundamental issues to confront than what happens to sport, then I wonder how much sport will be neglected over the next 5 to 10 years. So this may go beyond instability. Who knows what that might lead to – we could see increased prices, Britain losing part of its competitive advantages in sport – I think it extends beyond just instability.

Sport directly is not going to be significant to the government, I really don’t see sport being a particular focus. Pre-Brexit the UK government has never taken a sports industry strategy seriously and it’s never promoted sport as an important part of the economy, in the short to medium term, I only see that getting worse not better. People in the industry need to lobby for sport and the advantageous competitive advantages we have.

Brexit affects everybody on a general level, if we see a recession or Britain being less well off, then for sponsors we become less attractive or these sponsors may be less likely to pay high rights fees. This won’t just be on the grassroots, it will be all of sport. If we take the Premier League for example, if work permits curtail the number of overseas talent coming to the UK, then global sponsors know that the reach of the Premier League is restricted, then rights fees will suffer as a consequence. If the stars are not here then they are less pre-disposed to working with us.

We are functioning in an environment in which we control our destiny to a larger extent. This might give the opportunity to domestic talent to flourish. But I think leaders in sport need to come up with that solution quickly to make sure the flow of domestic talent is there and as part of creating a mechanism to create talent while also giving talent exposure to outside coaching and pressures.

Professor Simon Chadwick is currently the ‘Class of 92’ Professor of Sports Enterprise at the University of Salford. Simon is the founding Editor of ‘Sport, Business and Management: An International Journal’, is a former Editor of the ‘International Journal of Sports Marketing and Sponsorship’ (he continues to serve as an editorial board member for several other sport journals), and has authored and published more than 600 articles, conference papers and books on sport.