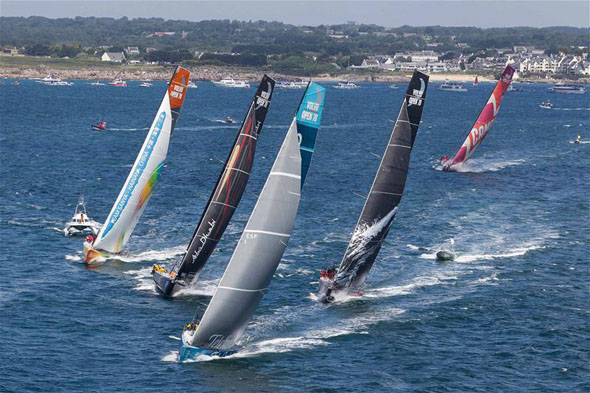 Volvo Ocean Race Chief Operating Officer, story Tom Touber has revealed the organisations plans for the next edition of the sailing competition.

In a three step-plan told exclusively to iSportconnect, ampoule he said: “Firstly, buy order we are aiming for a bigger fleet than in 2011-12, when we had six teams.

“Secondly, we want the race to be extended and commercially appeal to a broader audience, not only the sailing fanatics. We will put a lot more effort in bringing the race to the ordinary people and to make them feel part of what it takes to sail around the world at the highest level.

“Thirdly, we all know that the economic climate has changed during the course of the last two races, so we need a business model that is really lean and mean, and the one-design fleet is a part of that.

“Having said that, we still want to keep the race on the highest possible technological level, so we will still use cutting-edge technology and we will still have a very fast monohull, which is both exciting to watch and to sail.

“There will be a lot more efficiencies on the shore side too, meaning we can cut more costs.”

The Dutchman, who joined the Volvo Ocean Race team in late August, also revealed preparations are already underway for the next edition.

“We are fully into it; we have got a team supervising the build of the yachts, a team working on ship services, a team working on the whole media strategy, a team working on how to use the new in-boat technology provided to us for the next race, to bring the race alive to the audience, even in the off-shore legs. For us, it looks like the race is already starting now, ” he said.

“All the good teams are now on the quest for sponsorship, some of them are already in a very advanced stage.”