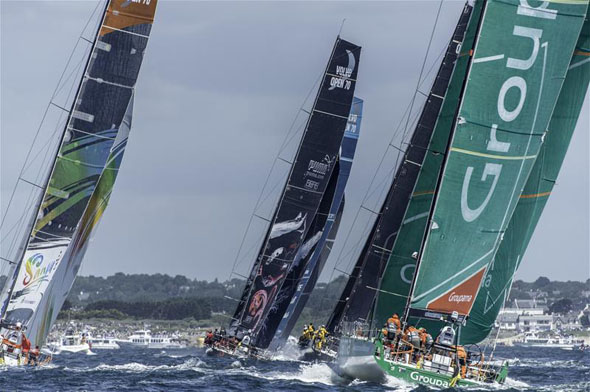 The 2011-2012 edition of the Volvo Ocean Race (VOC) was plagued by constant incidences of boats suffering damage during their sail across the world’s oceans, see but Touber believes that the boats should be high performance, rather than indestructible.

Speaking to iSportconnect, he said: “It’s important to note that we’re not building a boat that’s unbreakable.

“We are building a high performance boat and it will be the responsibility of the skipper and the crew to get the best out of the boat.

“But what should not happen is for breakages to be caused by teams really pushing the materials too far during the construction of the boat.

“We are pushing the limit, but we are not going over the limit like some of the teams did in previous races.”

For Touber, his biggest challenge lies in the shift in format of the race, towards a one-design fleet, but can take comfort in the fact that the alteration is reminiscent of past campaigns.

He added: “For me there are a lot of similarities with the ABN AMRO campaign, the two-boat campaign we ran in 2005-2006, also having a new boat, because it was the first time the Volvo Open 70 was introduced. It looks and feels a lot like that.

“The biggest thing now is how do we get it all organised, so that we have the boat ready in time and also the support side to cover it. We want the whole maintenance side of the boat put in place at the highest standard possible.”