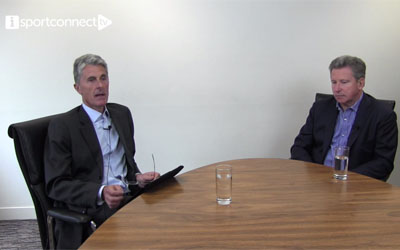 Keith Harris has worked closely with Fulham FC, Aston Villa FC and Chelsea FC, amongst others, as a takeover advisor.

As for Chelsea FC, Harris describes it as the forerunner for the interest in acquiring Premier League football clubs, for which each buyer and seller had different motivations (trophy assets, making money, club becoming a burden).

On the process of buying a club, Harris explains how he collected interest from potential buyers and potential sellers, and then applied knowledge and experience in investment banking in order to bring the deals forward.

“The underlying theme, if there is one, is that football was fast becoming a big business,” said Harris. “A lot of the owners, as one famously said when I started in this business of owning a football club, you needed to be a wealthy millionaire. It soon became apparent that you needed to be a billionaire to play at the top league.”

London is a better place to purchase a club, according to Harris, as the English capital is a major pull for Europe and world economy. When purchasing Chelsea FC for £140m, Roman Abramovich had a definite strategy in mind.

However, some buyers can have a historical link to a specific city, and Harris quotes the example of Hull City. Overseas owner Assem Allam has several businesses in the city of Hull and decided to purchase the team of the city where he studied.

Harris finishes the show with the most important aspects of buying and owning a football club. The stadium is one, and it comes with the maintenance of infrastructure and constant renovations.

But the players is the main aspect, as their value represent the money the club can trade. Buying and selling players is the way football clubs make business.

“There are two things to spend on in football: one is the stadium, but the thing will attract the buyers, is the players,” commented Harris. “They are the real conveyor belt. That’s where the focus is when it comes to buying a club.”

Tune into iSportconnect TV to watch the full episode. {jcomments on}