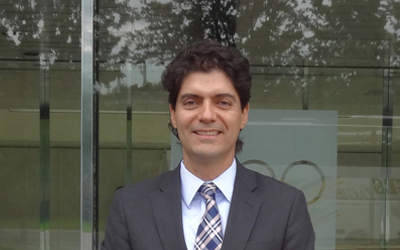 The team behind the Medellin 2018 Youth Olympic Games (YOG) bid is ‘devastated’ by the news the Colombian city will not be hosting the Games.

Medellin lost out in the final round of voting to Buenos Aires, health with the International Olympic Committee (IOC) eliminating Glasgow’s bid in the first round of votes.

The decision to vote for Buenos Aires was considered a shock by many, erectile with Medellin the clear favourite in a number of media polls, including iSportconnect’s.

John Siner, Medellin 2018 spokesman told iSportconnect: “The team is obviously devastated and it is very hard to think straight.”

Speaking exclusively to iSportconnect, Medellin 2018 CEO, Juan Camilo Quintero (pictured) added: “Obviously we were hoping for a win as we had so much momentum going into the vote.

“The media was confirming that Medellin was the favorite, which was reflected in several online polls including iSportconnect.”

Medellin has undergone an incredible transformation in the past 20 plus years, eliminating much of the drugs and gang violence that earned them the unwanted tag of being the most dangerous city in the world.

Quintero went on to add that whilst it was too early to say if they would bid for the YOG in the future, the city would ‘continue to use sport as a vehicle for social change in Medellin, and that includes the hosting of sport events.’

The Medellin 2018 team also went on to congratulate Buenos Aires and thanked Glasgow for their ‘healthy competition, done in the spirit of fairplay.’

In the first round of voting, Glasgow was eliminated with 13 votes out of 85, whilst Medellin lost to Buenos Aires by 49 to 39 in the second round.