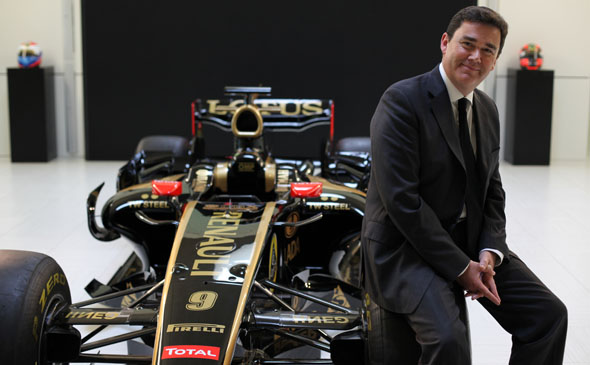 Lotus Chief Commercial Officer Stephen Curnow has discussed the increased sponsorship merits of Lotus F1’s current driver line-up and suggested drivers are selected based on their talent rather than the monetary value they bring through sponsors.

While many teams use “pay-drivers” drivers brought in as much for sponsorship opportunities as for driving talent Curnow says that Lotus have taken a more long-term view.

“We made a decision last year to find the best two drivers to bring on-track success to the team, stomach even if that meant sacrificing short-term revenue,” Kernow told iSportconnect exclusively.

“The arrival of both Unilever, Avanade and Microsoft in a matter of weeks were clear evidence that partners embraced our long term ambition.”

As many of the current Formula One teams have announced their drivers for the 2013 season, it is perhaps surprising given Lotus’ strong position that only one of their drivers – Kimi Raikkonen – has signed up, while Romain Grosjean’s future remains uncertain after an inconsistent season.

After celebrating their maiden Formula One win at the Abu Dhabi Grand Prix, Curnow told iSportconnect exclusively: “I think we have a very attractive package of drivers that complement each other on track.”

Talking about the sponsorship opportunities both drivers bring, Curnow said: “Both Kimi and Romain provide very different and interesting opportunities for partners, Kimi having been utilised by Unilever for both Rexona and Clear in some exciting global campaigns, and Romain as the global face of Total.”