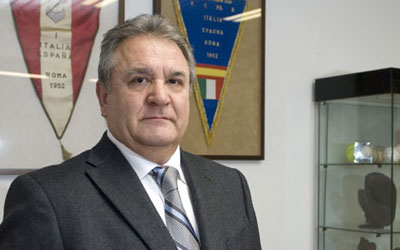 The Classic, which began on March 2 and will run until March 19, is being broadcasted in over 200 countries and Fraccari believes Baseball can get a foothold in previously untapped markets and attract a new generation of fans.

He told iSportconnect: “With the broadcast set to go out to 200+ countries, there is no question that the worldwide exposure of this event will have tremendous commercial power, but it will also reach a broad and diverse audience, and this will help sustain baseball’s upward trend of expansion into new territories and further solidify baseball’s stronghold in key markets.”

“This is important to appealing to youth and having them set their sights on playing baseball and being introduced to the excitement, spirit and culture of international competition.”

The Italian also hopes to see rewards commercially in the future along with MLB’s support.

“We have an excellent rapport with MLB who have been open and supporting in finding ways for us all to benefit from the commercial success of the tournament. With the right cooperation we see a very bright future commercially, and the potential for future expansions is very interesting.”