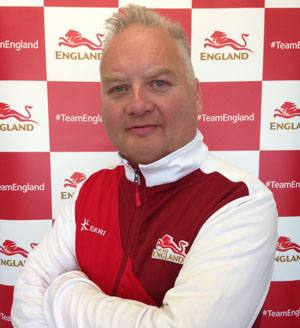 Commonwealth Games England ceo Paul Blanchard admits it is all about “changing perceptions” when it comes to securing partnerships for the federation.

Blanchard, therapy who was appointed to his role in June of this year, therapy was speaking to iSportconnect about the challenges of acquiring deals for Team England this far out from the next Games.

Following last year’s event in Glasgow, buy the next Commonwealth Games are due to take place in Gold Coast, Australia in 2018.

But the hard work starts now for Blanchard who has been brought in to drive up revenue for the team.

“It’s interesting, the perception is that most brands will say ‘OK the Games is in 2018, talk to me nearer the time’. There is a perception that the focus is on that,” Blanchard told iSportconnect.

“Which is completely understandable and to a degree there’s a strong element of that and we will drive a significant amount of commercial revenue in the last 12 months when the focus is at its height.

“What we’ve got to do is change perceptions and say no, actually the fact is we don’t just disappear for three and a half years and pop up six months before a Games to prepare. We’re here working with sports, we’re here developing coaching programmes, we’re here looking at how we can promote Team England and the Commonwealth ideals so there’s a number of ideas where actually we are relevant here.

“If your brand is associated with us there is value in three years out, two years out, one year out and there’s a lot of activity that can be done within that and then it obviously builds to a crescendo at Games time.”

Blanchard, whose experience includes commercial stints in cricket, football and rugby league admitted that it was not straightforward and “a less obvious sell than Premier League football for instance”.

However, the Englishman did reveal that discussions were already happening with a number of interested parties.

Blanchard said: “Our commercial programme is in better shape than it’s ever been, but we’ve got a hell of a long way to go and we’re out there talking to a whole number of brands and organisations and agencies and we are having to the conversation with a lot of brands does start from ground zero, their perception is you pop up for a couple of weeks in April 2018.

Some of the partners Blanchard said Commonwealth Games England were working with include law firm Shakespeare Martineau, STA Travel, National Express and Grange Hotels, who also partner with iSportconnect.