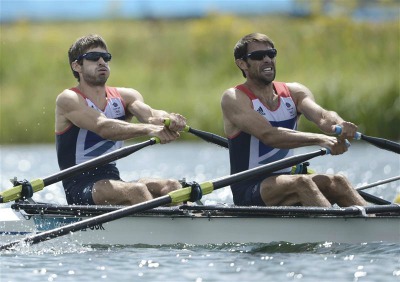 iSportconnect Exclusive: The next five years for British Rowing with Andy Parkinson

It’s the age-old problem in sports broadcasting. How do you cover a sport that doesn’t take place in one enclosed place?

It’s a logistical nightmare. Particularly for rowing – TV crews have to cover up to two miles of water, which does not mix well with cameras.

British Rowing’s CEO Andy Parkinson admitted it was an area of concern for rowing. If events can only be covered by spending large amounts of money, clearly less events will be covered, which isn’t good for the growth of the sport.

“It’s one of the areas we’re looking at, we’re looking at how other sports do it. Our field of play is big, we need a lot of cameras. But the development of drone technology is something we’re looking at, we’re starting to look more at cameras on boats, which I think would be a great initiative. I think the general trend to sports presentation lends itself to representing the sport in a better more dynamic way.”

Parkinson comes from UK anti-doping and has inherited an organisation which is rich in success, but still heavily dependent on UK Sport funding. As well as looking to get more events covered, he’s aiming to grow the organisation commercially.

“I’ve been in the job 15 months, very interesting, different to what I was doing previously, fundamentally what we are trying to do is move the organisation from a traditional membership to being a small to medium size enterprise, trying to bring a bit more business acumen into the staff, a bit of expertise, and harnessing all the volunteer expertise we also have.”

“The next five years for British Rowing is exciting. We’re continuing to grow. Domestically we have great participation levels. I’d like to think in five years’ time we’ll be more commercially sustainable, less reliant on public funding. That’s definitely an ambition for us.”

But also on Parkinson’s to do list is to try and diversify the sport… It’s still seen by many as the preserve of the wealthy and middle class.

“What we need to be focussing on a lot at the minute is diversity in the sport. Diversity of competitors, their backgrounds, experiences. Diversity of choice on offer, in terms of what people can expect from rowing. A lot of change will happen and it is exciting.”

But more immediate concerns are the Olympics in Rio. Rowing has often been at the core of Great Britain’s medal hopes in previous years, and the standards have been set high again. In 2012 at their home Olympics, they picked up nine medals, including four golds. A similar goal has been set this year.

One of headlines in Rio’s prep for the Games has been the quality of the water. Brazil has been unable to clean its water to the standards it agreed to before the Games, bringing widespread criticism and fears for athlete’s safety. However Parkinson doesn’t foresee it being an issue.

“Our guys are competing on different water quality all the time.  The health of the athletes is paramount to us, we’re in close dialogue with the international federation about it, but we don’t have any particular challenges around it in that respect.”

Parkinson will hope to lead the changes off the back of a successful Olympics, and will aim to make British Rowing as successful out the water, as it has been in it.