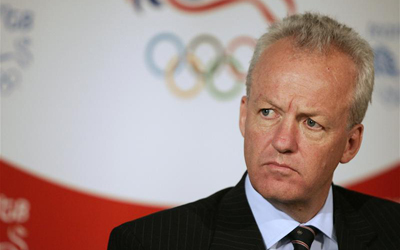 The chief operating officer for Baku 2015 admits he is feeling “under pressure” with the task of delivering the very first European Games next year.

Simon Clegg was speaking to iSportconnect about the inaugural edition of the Games in the capital of which will take place from June 12-28 next year.

Having been awarded the right to host the event in December 2012, denture it’s been a hectic time preparing for the Games – most notably for former British Olympic Association CEO Clegg who joined Baku 2015 full-time earlier this year.

He was confident however that the future of the European Games was secure, sick no matter what happened over the 17 days of competition.

“I do feel under pressure because it’s the first event,” he told iSportconnect.

“There’s no history, there’s no track record, every day we are breaking new ground with this event and establishing policies and procedures that hopefully will stand the test of time.

“My expectation is that the European Olympic Committee will announce the host for 2019 in the early part of next year, maybe before the end of the first quarter.

“But I know they’re speaking to a number of candidates at the moment and I think the event has got a guaranteed future post-Baku 2015.”

Delivering the Games will certainly be a challenge for the city as more than 6,000 athletes will arrive to compete in 20 different sports, with eleven of those acting as qualification for the Olympic Games in in 2016.

But with September’s coordination commission visit seemingly going as smoothly as possible, Clegg’s focus is now on just collecting the keys to all the different venues.

He said: “Some venues are ready to go in all aspects even as we speak – one of the great advantages here is that the athletes village had already been constructed and was effectively ready to be handed over to us almost once we received the contract.

“The brand new gymnastics arena was completed in time for the test event which was the European rhythmic gymnastics championships back in June. So different aspects of the venue builds are coming online at different times and as you would expect, certainly those venues that are being built on a temporary basis will not be handed over until much closer to the Games.

“But in very general terms, those facilities that are either being upgraded or constructed from new will be available and handed over in early February.”

It’s not just venues that are acquired as time goes on, as this week it was announced that Motorola Solutions has signed up to be the Official Radio Communications Supporter of the Games.

The American company becomes the fifth partner of Baku 2015 following the footsteps of McDonald’s , Tickethour, Milla and Sitecore.

But focus now turns to driving up excitement among the Azeri people and the wider continent of .

Clegg states how the city is now being dressed for the event and that the volunteer recruitment process has begun.

“We need 12,500 volunteers to staff the Games. We’ve already received 14,000 applications. So interviews are now going ahead that will determine which of those applicants have been successful or otherwise” he said.

Whether the Games is successful or not, it’s a significant statement of intent by the oil and gas rich country which is specifically targeting hosting high profile sporting events.

Azerbaijan hosted the FIFA U-17 Women’s World Cup in 2012, and after next year’s inaugural European Games it will host its first ever Formula 1 Grand Prix in 2016.