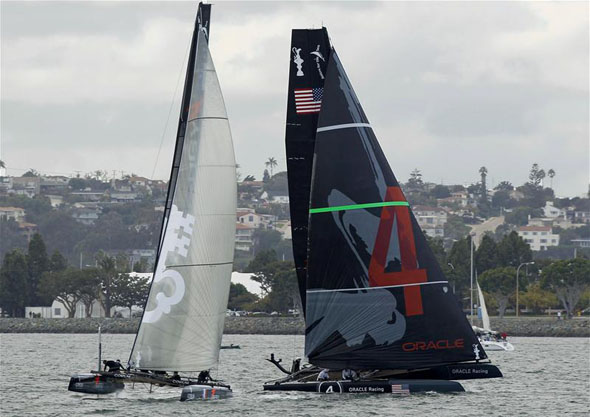 Having only recently announced deals with Lexus and Kaiser Permanente, the America’s Cup are on the verge of inking a few more partnership agreements.

In July, Japanese automaker Lexus joined the America’s Cup as Official Vehicle and Sustainability Partner, while Kaiser Permanente, one of the nation’s leading health care organizations, confirmed that they will serve as the Official Medical Services Partner and Health Care Partner in August.

Although, the names of potential partnerships have yet to be revealed, it is believed that race organisers are in talks with companies in the banking, communication and consumer product company.

Speaking exclusively to iSportconnect, Timothy Jeffery, America’s Cup’s Head of Promotion, Athletes and Public Relations, said: “Negotiations are at an advanced stage with prospective partners in three different and distinctive categories, which variously would help the America’s Cup connect with a broader audience or match a particular sector with the event’s key audience and hospitality offering.”

While race officials look to strengthen the sport’s appeal, the San Francisco America’s Cup Organising Committee are also set to commence discussions with local business regarding monetary donations, in an attempt to repay the city for the funds spent on additional public services required during the event.