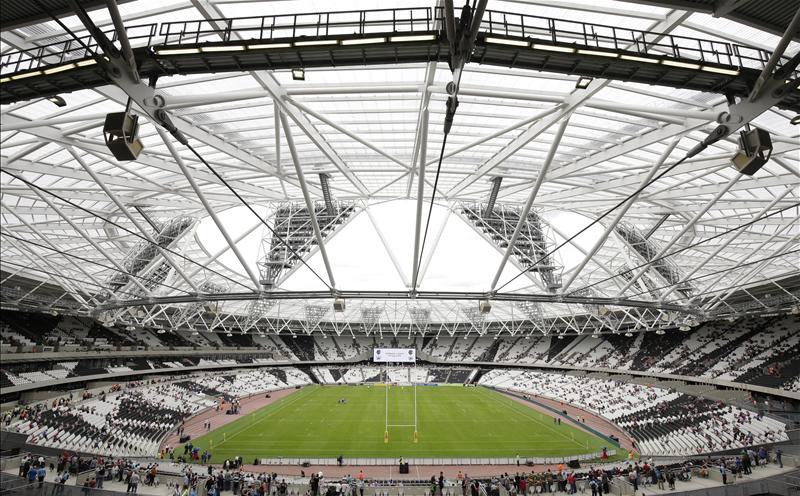 West Ham co-chairman David Gold has spoken to iSportconnect about a new dawn for West Ham, ahead of their move to the Olympic Stadium. From the 2016/17 Premier League season they will have one of biggest club grounds in the UK – and are planning to make it the biggest in London.

Having already increased capacity to 60,000 from the original 54,000, due to demand, Gold revealed the club had even bigger plans, and believes it will elevate the team to previously unseen heights.

“A corporate advantage is endless to come to such an iconic stadium. We’ve gone from a 35,000 stadium at Upton Park to now a 60,000 seater stadium, of which 52,000 of those are season ticket holders; we have another 20,000 fans on the waiting list so you can see these are incredible opportunities for the football club”

We’re hoping that next season the 17/18 season we’ll start the planning permission to extend the stadium from 60,000 to 66,000 – that will make us the second best-supported club in the country.”

With Chelsea also looking to redevelop their ground to increase capacity to around 60,000,  West Ham’s rental agreement means they don’t face the financial costs of their London rivals.

Mr. Gold was delighted that the chance presented itself to the club – knowing full well it was a once in a generation chance.

With the departure from Upton park, some Hammers fans will still long for the days of the Boleyn Ground, but Gold believes the stadium is the start of a new chapter.

“It was a sad evening a great evening but a sad evening and I’m sure it will remain in the hearts of West ham fans for many years to come – but there’s a new dawn and the excitement will turn towards the Olympic stadium.”

With European football next season at their new home, attracting players and sponsors should be an easier task. With a new revenue revenue stream, that will be the envy of many clubs, the future looks bright for the Hammers.