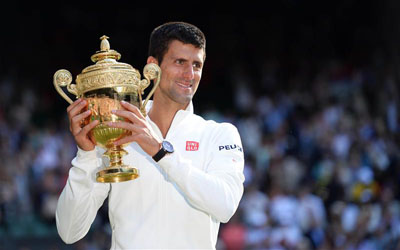 Eurosport serve up Wimbledon to the UK audience

Eurosport has announced that it has secured a five-year agreement with the AELTC to show live simulcast coverage in the UK of the Wimbledon Gentlemen’s and Ladies’ Singles finals and daily 90 minute highlights shows for the duration of The Championships.

The partnership with Eurosport has been agreed in line with the Ofcom Listed Events regulations, which entitles a secondary broadcaster to acquire certain rights alongside the primary broadcaster, which in the case of The Championships is the BBC.

Eurosport is now the only channel in the UK to show live coverage of all four of the sport’s major singles prizes.

Earlier this year, Eurosport achieved its best ever ratings with its exclusive live coverage of the Australian Open Men’s Final peaking at 1.1m viewers.

Susanna Dinnage, EVP and MD, Discovery Networks UK and Ireland said: “It is fantastic to offer fans the chance to watch one of the most iconic events in British sport on Eurosport for the first time.”

“Adding the Wimbledon rights means we now have live coverage of all four top tournaments and cements our position as the Home of Grand Slam Tennis in the UK.”

The BBC will continue to broadcast continuous daily live coverage of The Championships in the UK across BBC 1, BBC 2 and online, and remains the AELTC’s primary UK broadcast partner for the term 2016-2020 inclusive.