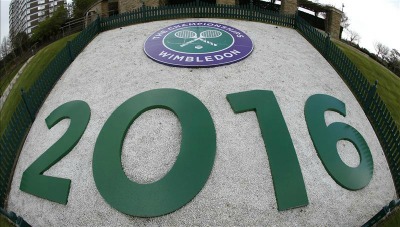 Eurosport has announced of an extended partnership with The All England Club, Wimbledon, to present all matches of The Championships live in an additional sixteen countries.

The new agreement means Eurosport, will show all four Grand Slam tournaments –Wimbledon, Australian Open, Roland-Garros and US Open – in 25 countries across Europe.

The announcement marks a significant expansion,considering Eurosport held no Wimbledon rights as recently as 2014, before showing The Championships in Belgium from 2015.

The three-year agreement includes exclusive* TV and digital rights for the 2017 to 2019 tournaments, marking the first timeEurosport will show Wimbledon in the sixteen markets. Eurosport’s livecoverage of Wimbledon will be exclusive for tennis fans in Albania, Bulgaria,Finland, Hungary, Iceland, Norway, Romania and Sweden.

Further territories may be added ahead of TheChampionships 2017.

Peter Hutton, Eurosport CEO, said: “Our extended agreement with Wimbledon means we will now show all fourGrand Slams in 25 territories, making us the true home of Grand Slam tennis inEurope. We’re building a long-term partnership with The All England Clubwhich supports Eurosport’s strategy to secure premium must-have content, madeavailable to fans on any device.”

Fans will be able to enjoy the tennis on TV and seeevery minute from every televised court** on the Eurosport Player, the leadinglive and on-demand digital sport platform.