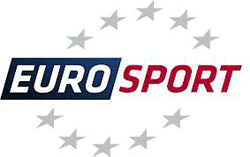 Eurosport celebrates its 25 years in style with the broadcast of its 25th consecutive French Open tennis championships. When it comes to watching Roland Garros, order  Eurosport is the one stop destination for all tennis fans with the most extensive TV and online coverage in Europe, exclusivities in many countries and a star line-up of top consultants.

On TV, the Eurosport and Eurosport 2 channels broadcast more than 250 hours of live action, from the first service to the final presentations. On-site,Eurosport has camera crews for reports and interviews right after the match and a studio for its daily show “Game Set and Mats”.

Online, Eurosport Player gives European fans live access to each of the seven main courts, through 7 live bonus channels broadcasting from 11:00 CET until nightfall. The best matches and the daily shows will be available on VOD. Fans can also follow scores and live comments every day on eurosport.com websites along with match summaries, interviews and analysis from Eurosport’s journalists and experts.

Some of the best former professional players will guide the Eurosportviewers into the heart of the French Open action: Mats Wilander (triple Roland Garros Champion) Annabel Croft (former British N°1) and BarbaraSchett-Eagle (Austrian champion and former N.7 in the WTA rankings).