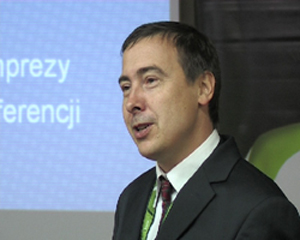 The overall trend shows a very significant increase in primary shirt deal values, particularly in England, France and Spain, where rights expenditure has grown by more than 40% in the past two years.

The English Premier League has now become the dominant commercial force in Europe.

Aside from having major domestic and international broadcasting contracts, the sponsorship revenue now stands at nearly €460m and represents 35% of spend in the markets analysed.

There are, however, reasons to be cautious about whether such a growth rate can be sustained and certainly the 83% increase seen in England is unlikely to continue given that most of the major clubs have recently signed off on their major deals.

The data shows that France has moved above the Netherlands at the bottom of the table and is hot on the heels of Italy in terms of overall spend.

The driver in France is Paris Saint-Germain, which has secured significant deals with Gulf-based sponsors and is also working towards achieving a portfolio of high profile, global brands.

There are similar inequalities in all other leagues, particularly in Spain and France, where commercial giants Barcelona and Paris Saint-Germain dwarf the income of the smaller clubs.

In Germany, the disparity is not so great although the difference between Bayern Munich and smallest club SC Paderborn, is still a staggering €80.5m.

MANCHESTER UNITED WAY OUT IN FRONT

With total sponsorship earnings now up to €146m per year, Manchester United accounts for 11% of all sponsorship income among the 116 clubs in Europe’s top six leagues.

A group of clubs led by Barcelona and including Bayern Munich, Real Madrid, Paris St Germain and Arsenal comprise a secondary pack with revenues exceeding €60m.

After that club earnings fall to below €40m with an average of €11.3m. The key factor that several of the leading recipients of sponsorship have in common is significant primary shirt deals run in parallel with new regional sponsorships.

Manchester United has been particularly active in this regard and at one point in 2014 was reporting a new deal on an almost weekly basis.

Barcelona, Manchester City, Arsenal, and to a lesser extent Chelsea and Liverpool, have followed a similar strategy and this trend is likely to continue.

Indeed, it could be argued that some clubs have been very slow to follow given the huge popularity of European leagues in Asia in particular.

Given the size and profile of clubs in Italy, Spain and to a lesser extent France, the level of sponsorship income among the small to medium-sized clubs in particular can be considered low.

On the whole, rights holders across Europe are still far from professional in their approach to sponsorship and in the Latin countries, sponsorship culture is undoubtedly behind that of Germany, England and the Netherlands.

There are clearly some exceptions such as Barcelona and Paris St Germain, but the report demonstrates that there are major opportunities for most clubs.

Where TV rights are negotiated collectively, which happens in all the major European leagues except Spain, sponsorship revenue is becoming an increasingly important factor in determining the difference between clubs.

Where TV contracts are sold by leagues collectively, there tends to be a reasonably even distribution of the pool (the formula for distribution varies across Europe and the big clubs still tend to earn more than the smaller clubs, but the ratios are tighter than in leagues where there is individual selling).

This obviously doesn’t take account of the Champions League revenues that go only to the clubs participating and add around a minimum of €25m to those who qualify for the group stages.

Attendance revenue, once the main source of income for clubs, and still important, is now less of a critical factor in separating ‘rich’ from ‘poor’.

Clubs with large average attendances, i.e. more than 50,000 per match, will still receive significantly more income than those with smaller attendances, but this inequality needs to be put into perspective.

The growth in TV revenues means that for many clubs, overall income has grown significantly with match-day earnings now typically only accounting for around 30%-40% of total income.

A club with relatively large match-day revenues, therefore, might not have a significantly larger turnover than a competitor in the same league but with much smaller attendances.

The numbers are, of course, approximations, but it shows that sponsorship revenues, where the disparity can be huge, is a key defining factor in establishing a club hierarchy in Europe and this is particularly the case in England, France and Germany.

Manchester United, Paris St Germain and Bayern Munich are showing earnings well in excess of their competitors mainly due to the sponsorship income that they are receiving.

THE FUTURE OF EUROPEAN SOCCER SPONSORSHIP

The growth in club sponsorship is likely to slow down over the next two years mainly as a result of the major clubs having fixed their contracts for primary assets.

These clubs are, however, likely to increase their sales to regional brands and increase the premiums charged for secondary deals.

The next round of renewals among the European giants is likely to be around 2016/17.

This period could see a further significant hike in primary rights fees as the likes of Barcelona, Bayern Munich and Liverpool cite Manchester United as the benchmark for fee value and negotiate higher deals.

For smaller clubs, fee values have grown slowly over the past few years and in Spain and Italy several clubs have started the 2014/15 season without a primary shirt sponsor.

It is imperative that these smaller clubs take a more professional approach to their rights if they are to have a chance of competing commercially in the future.

A struggling English Premiership or La Liga club, for example, will have a shirt front viewed by hundreds of millions of people around the world on multiple occasions during the season.

To fail to capitalise on such an asset is a major missed opportunity.

Simon Rines is editor in chief at specialist sponsorship publisher, IMR Publications whose titles include the International Journal of Sports Marketing & Sponsorship and Sponsorship Today. He is author of the best-selling report, Driving Business Through Sport and a regular presenter on the international sponsorship conference circuit.