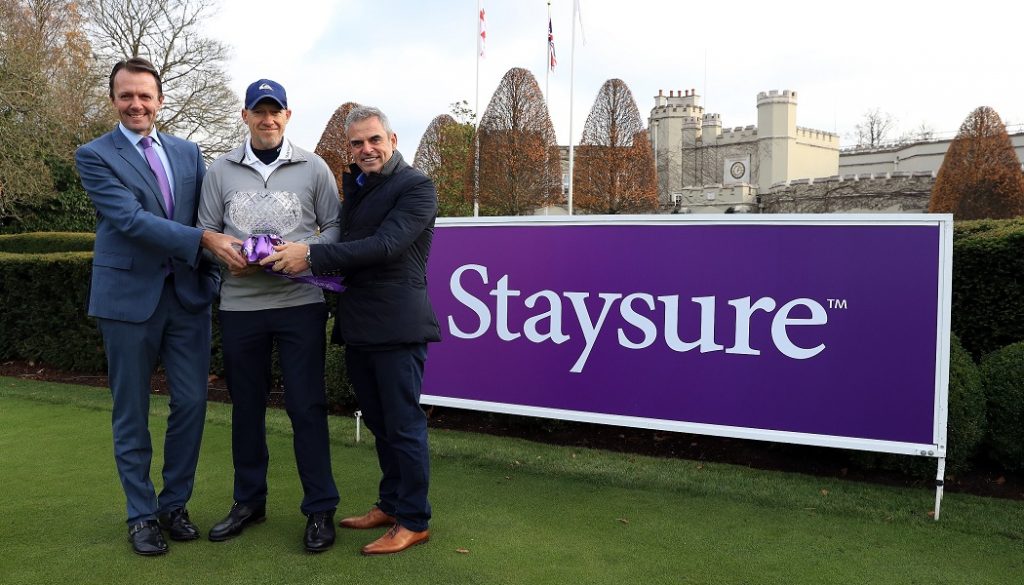 The European Senior Tour has named UK travel insurance company Staysure as its title sponsor in a ten-year deal.

As part of the partnership, The European Senior Tour will be referred to as ‘Staysure Tour’ and also includes rebranding of all physical and media assets.

Keith Pelley, chief executive of The European Tour, said: “This is a landmark moment for the European Senior Tour and we are delighted to welcome Staysure on board as title sponsor.

“Today’s announcement is testament to the strength and popularity of the senior game in Europe. Its success is evident through its continued expansion internationally as well as the calibre of player it now attracts.”

Ryan Howsam, founder and chairman of Staysure, added: “We’re delighted to have signed this landmark deal with the European Tour to create the Staysure Tour. Many Staysure customers share our love of golf and this is the perfect opportunity for us to engage them on a new level.

“With over 500,000 over 50s travelling abroad to play golf each year, the partnership strikes the perfect chord for our customers and tops off a successful year for Staysure.”

David MacLaren, head of the European Senior Tour, said: “Having Staysure on board as title sponsor highlights the progress we’re making in our commitment to revitalising the Senior Tour. We’re looking forward to working together with the Staysure team to deliver an exciting, interactive and competitive Senior Tour in the years ahead.”

Robert Maxfield, chief executive of the Professional Golfers’ Association, commented: “I am absolutely delighted that the PGA Seniors Championship will once again take its place proudly as one of Europe’s premier senior professional golf tournaments, under the patronage of the Staysure partnership.

“Our PGA Professionals will once again have the opportunity of pitting their skills against Europe’s best senior golfers and we look forward to offering, through our membership, a wide range of benefits to club golfers throughout the UK and Ireland.”