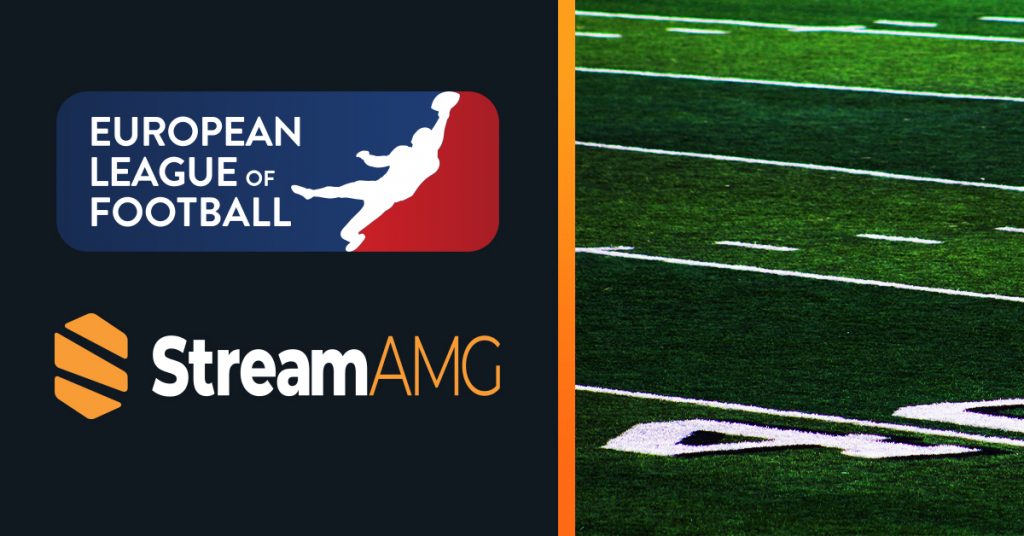 The ELF is a new American Football competition for the European continent, established to introduce a professional top tier league and serve the continent’s growing interest in the sport.

“Thanks to this partnership between the league and StreamAMG, fans all over the world will be able to watch the games live when the inaugural season of the European League of Football starts on June 19th. Their technical know-how makes them the perfect partner to build an OTT platform that is attractive to every viewer.” says Zeljko Karajica, Managing Director of the European League of Football.

In addition to broadcasting one game per round free-to-air on ProSieben MAXX and ran.de streaming platform in Germany, all live matches will be available to stream on the European League of Football website, as well as highlights, replays, features and more exclusive content made available on demand. “The goal is to reach football fans with our broadcast partners as well as offering 360-degree coverage on our own channels.” says Karajica.

StreamAMG are providing a full suite of OTT technology for live match streaming, on demand content, and subscription management. The agency will be working closely with Novel Media, the ELF’s web design and development partner, to integrate its technology into ELF Online.

Hugo Sharman, CEO at StreamAMG, commented “The ELF promises to be a game changer for American Football in Europe, and we’re excited to be working with SEH and Novel Media to bring the competition to audiences worldwide with our OTT technology.”