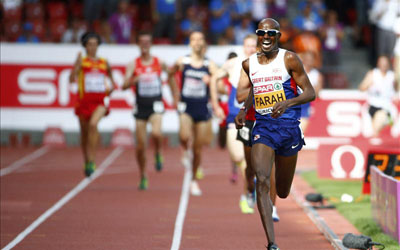 The European Athletics Championships received a total television audience of 358 million at the most recent edition in Zurich this summer, order it has been revealed.

The figure has been collated from European Broadcasting Union (EBU) and Repucom reports received by European Athletics.

It is higher than the 340 million reported for Gothenburg 2006 and almost on an equal level to the 368 million for Barcelona 2010.

A total of 33 broadcasters produced 1,677 hours of coverage, comprising of live, deferred, highlights and sports magazines, for the Championships that took place from August 12 to 17.

“These excellent TV figures show the continued importance of our sport on the continent,” said European Athletics President Hansjörg Wirz.

“We expected a drop in the audience between Barcelona 2010 and Zurich 2014 taking into account the respective sizes of the national markets but the audience has held up incredibly well.”