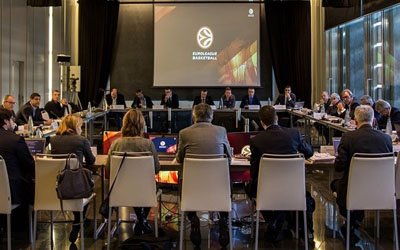 Euroleague Basketball has signed a ‘historic’ 10-year deal with sports and media company IMG to set up a joint venture to form new European competitions from the 2016-17 season onward. The deal also includes an option for a further 10 years.

Euroleague Basketball and IMG together will manage the commercial operation and the management of all global rights covering both media and marketing.

All teams agreed on the new Euroleague competition model which will create a European league in which all teams play each other every season.

Jordi Bertomeu, Euroleague Basketball President and CEO, said: “This is without a doubt the biggest decision the clubs have taken in Euroleague history after the one they took in June 2000 and that supposed its foundation.

“This agreement culminates the vision that the clubs had from the very beginning of creating a true European league, and partnering with the sports’ industry leader IMG in this journey will guarantee success, taking basketball to new horizons”

Ioris Francini, President of IMG Events & Media, said: “This is a ground-breaking partnership which will change the face of European basketball for the long-term. Together we will enhance the quality of competition and grow exposure and awareness of these new competitions throughout the world.

“This is a very exciting development in the history of the sport and we are delighted to be working with Euroleague and the clubs moving forward.”

The Euroleague will have a new format with 16 teams: 11 permanent franchises (which is potentially expandable in the future), a berth for the Eurocup champion, three direct-access spots for domestic league champions and one place for the winner of qualifying rounds featuring eight teams.

The 16 teams will compete in a round-robin regular season of 30 rounds, to be followed by best-of-five playoffs, with series winners advancing to the Final Four, at which the continental champion will be crowned.

The Eurocup will have 24 teams – 21 with access through domestic leagues and three wild card invitations – playing in an almost identical format to the one with which the Euroleague has enjoyed such great success in recent seasons. A 10-round regular season will be followed by a 14-round Top 16, two-game quarter-final and semi-final home-and-away series, finalizing with the championship game.

The Euroleague clubs will present the new project to the international federation and invite FIBA to join, working together for the growth and benefit of both club and national team competitions.