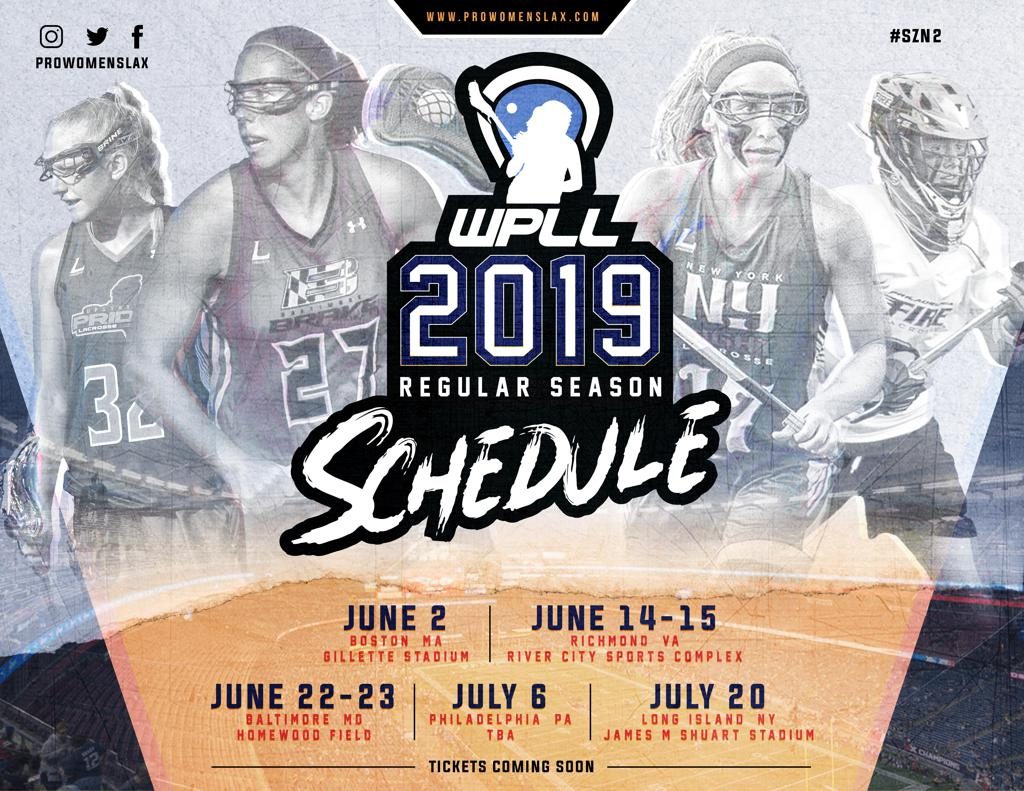 For the first time ever, the Women’s Professional Lacrosse League (WPLL) will be shown across ESPN networks in the U.S. this season.

The 10-game regular season, which kicks off Sunday, June 2, will air on ESPN3 and the ESPN App. Postseason play will include the semifinals on ESPN3, with the championship game on Sunday, July 28, on ESPNU.

This season, the WPLL will travel to five states and play at five of top lacrosse venues in the United States.

“ESPN has always been a strong proponent of women’s athletics and this agreement will help us showcase the best female lacrosse players across ESPN platforms”, said Michele DeJuliis, WPLL Founder and CEO.

“ESPN’s commitment and coverage of women’s sports is unprecedented, with more than 240 lacrosse matchups this season alone,” said Dan Margulis, ESPN Senior Director of Programming and Acquisitions. “We are thrilled to be able to showcase the WPLL this season across ESPNU, ESPN3 and the ESPN App.”

Founded in 2017, the WPLL is a professional league made up of 125 of the top post-collegiate female lacrosse players in the world and a youth development league connecting with the top high school players in the country.