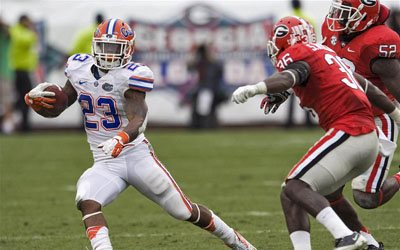 ESPN has secured a deal to broadcast the college football playoffs that begins after the 2014 season, in a 12-year agreement until 2026.

The deal covers the national championship game and semifinals as well as bowl games that will be part of the semifinal hosting rotation in years they don’t host a semifinal game. Earlier, ESPN announced deals with the Rose, Sugar and Orange Bowls.

ESPN president John Skipper and Bill Hancock, the executive director of the BCS and committee setting up the college football playoff, announced the deal in principle, which includes rights on TV, radio, mobile TV and WatchESPN. ESPN also gets the rights to the games in 3D, on ESPN Deportes and internationally. It is subject to finalizing documents and approvals.

“Because of college football’s widespread popularity and the incredible passion of its fans, few events are more meaningful than these games,” Skipper said in a statement. “We are ecstatic at the opportunity to continue to crown a college football champion on ESPN’s outlets for years to come, the perfect finale to our year-round commitment to the sport.”

ESPN will televise the BCS Championship Game after the conclusion of this season and for one more year before the playoff system takes over.