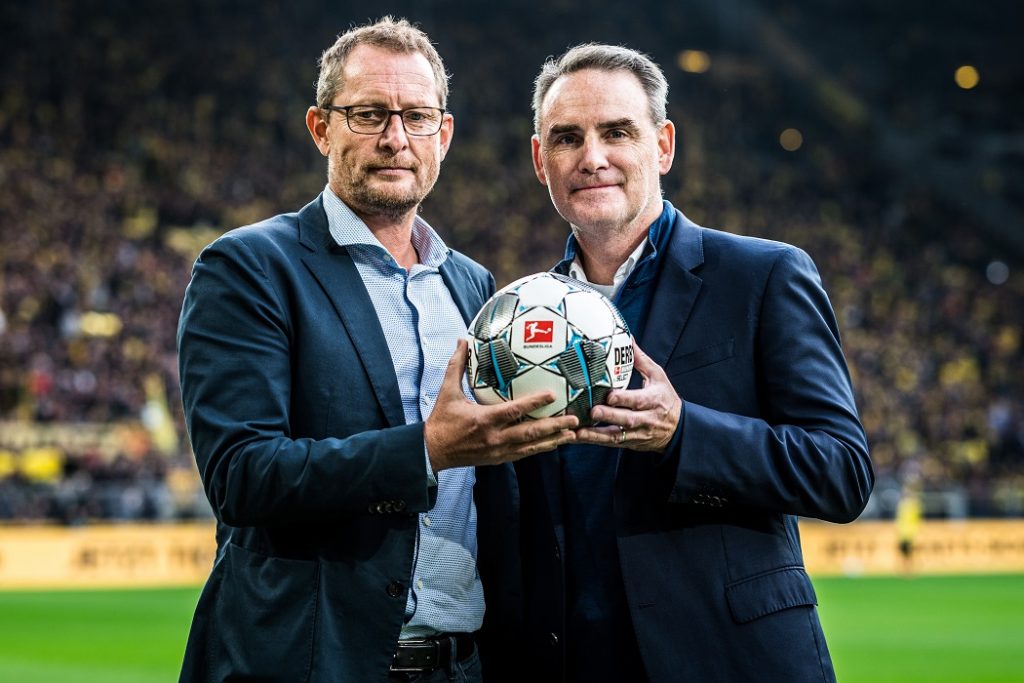 ESPN+ To Broadcast Bundesliga In US From 2020

ESPN+ has partnered Bundesliga for US broadcasting in a multi-year deal that will begin in August 2020.

ESPN+ will feature exclusive live and on-demand replay coverage of more than 300 matches per season from the Bundesliga, in both English and Spanish languages. In addition, the long-term agreement includes live coverage of the season kick-off DFL Supercup, rights to Bundesliga 2 matches and on-demand surround programming such as highlights and magazine shows.

ESPN linear television networks will also feature select Bundesliga matches each season and highlights will be available in ESPN programmes and on the ESPN App and ESPN.com. The Bundesliga joins an extensive lineup of soccer on ESPN+ that features over 2,000 top soccer matches per year from around the world.

Bundesliga International CEO, Robert Klein, said: “It was clear from the start that ESPN and ESPN+ shared our ambitious vision. As innovators in the sports industry, we’re both driven to deliver highly engaging content for fans.”

He continued: “They will help us build on the strong connections the Bundesliga has with the U.S. having welcomed more American players than any other European league. They’re attracted by the authentic, entertaining soccer we describe as ‘Football As It’s Meant To Be’, played in front of the largest spectator numbers in the sport and epitomised by the highest goals per game average of all top European leagues. Germany will continue to be an important source of talent for future U.S.national teams and with ESPN we’re incredibly excited to take fans on their journey in the lead up to their home World Cup in 2026.”

Russell Wolf, Executive Vice President and General Manager, ESPN+ added: “With a strong connection to the American soccer community, a growing audience in the U.S. and some of the most well-known clubs and players in the world, the addition of the Bundesliga further cements ESPN+ as a must-have for any soccer fan.”

Burke Magnus, Executive Vice President, Programming, ESPN, concluded: “We’re thrilled to reach this kind of multi-year agreement to bring one of the world’s most passion-filled and exciting soccer leagues to the most innovative sport service in the U.S. Like ESPN, the Bundesliga has embraced technology, putting the fan at the heart of all they do by consistently delivering world-class content.”