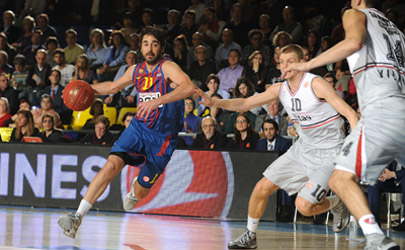 ESPN have partnered with Turkish Airlines in an innovative production partnership and multi-platform sponsorship deal.

The collaboration is centered on Basketball Capitals presented by Turkish Airlines, a new documentary series profiling the culture and passion for basketball within the world’s most iconic cities.

“Basketball is a global sport and we’re pleased to extend our commitment with the Euroleague and work with ESPN on the creation of Basketball Capitals,” said Faruk Çizmecioğlu, Chief Marketing Officer of Turkish Airlines. “The series provides the perfect opportunity to showcase the basketball fandom in some of the great cities in Europe, where we proudly serve over seventy destinations.”

Basketball Capitals is the next iteration of ESPN’s ‘Capitals’ franchise that is entering its third season in Latin America and illustrates football culture in the greatest cities around the world. The franchise is the company’s most successful original content series in the region with an audience of over 20 million viewers.

“Great sports stories are often about cities,” said Esteban Apraez, Senior Director, ESPN International Marketing Solutions. “The four cities featured in Basketball Capitals have been uniquely shaped by sports and the fans that live in them. The series illustrates our approach to successful branded content, which is guided by a simple philosophy — create great content that can help deliver a powerful brand message that is about more than just how often a product appears on screen. Basketball Capitals aligns beautifully with Turkish Airlines aim of connecting people to some of the world’s great cities.”

Jordi Bertomeu, Euroleague Basketball President and CEO, added: “It is a true honor that both Turkish Airlines and ESPN selected Euroleague Basketball and its participating teams to give this particular vision of European basketball, through a breakthrough branded content series that bring us the opportunity to promote and show the quality and passion our fans feel for our sport.”