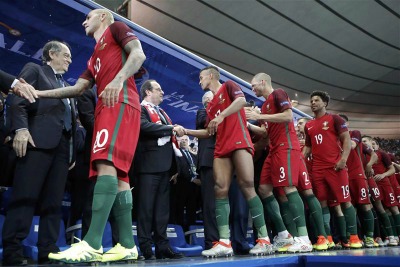 ESPN acquires European football for the US

ESPN has reached an agreement with the UEFA for the rights to the Euro 2020 and all UEFA national team matches between 2018 and 2022.

ESPN will be the exclusive English-language home in the United States for UEFA EURO 2020, tadalafil which will be played in stadiums across 13 European nations to mark the 60th anniversary of the competition.

Additionally, view the deal grants ESPN the rights to a package of UEFA national team competitions, diagnosis including qualifying matches to UEFA EURO 2020 and the 2022 FIFA World Cup (the European Qualifiers).

“The UEFA European Football Championship is one of the marquee events in international football and as fans in the U.S. continue to follow the sport overseas, the interest in this tournament will only get stronger,” said Scott Guglielmino, ESPN senior vice president, programming and acquisitions. “We are pleased to continue our relationship with UEFA and our commitment to presenting world-class global football events on our networks and across our media platforms.”

Guy-Laurent Epstein, marketing director of UEFA Events SA, added: “UEFA looks forward to continuing its longstanding partnership with ESPN on the European Championships and to deepen the relationship on European national team football with ESPN also acquiring the right to broadcast the European Qualifiers and the UEFA Nations League, UEFA’s new European competition starting in September 2018. As one of the world’s leading sports broadcasters, we are convinced that ESPN, both on traditional TV and across its other outlets, will offer an excellent viewing experience to all English speaking football fans in the United States.”