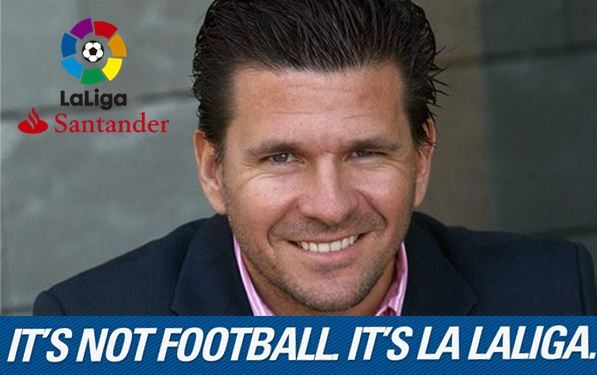 LaLiga is one of the most recognisable brands in world sport. Spanish football – and the nation’s passion for the beautiful game – is known across the globe while its clubs and supporters are the envy of many.

Having enjoyed a period of international growth in recent years, the organisation has launched a new campaign entitled ‘It’s not football. It’s LaLiga’ to show the true extent of its global reach and explain how they spread their brand values around the world.

The film captures the huge impact LaLiga has on the lives of its fans and Enrique Moreno, Brand Director of LaLiga, believes it will help to attract new audiences.

“‘It’s not football. It’s LaLiga’ is the slogan which sums up our new approach,” Moreno told iSportconnect.

“What LaLiga is suggesting with this statement is that when it comes to football, we remain the ultimate role model, our football is of the very highest calibre, people end up falling in love with it and it’s recognised right throughout the globe.

“However, this slogan also conveys the idea that we’re an entertainment brand that is global, responsible, modern and close to the people. It’s our way of letting the world know that there’s far more to the LaLiga brand than just football.

“We come into contact with people of all ages, cultures and nationalities. It also represents a new direction in our communication, which began with the launch of our advertising campaign. To tell our story in all its glory, we’ve created a global, multi-platform campaign that will reach and inspire a whole range of audiences right throughout the world.

“The new campaign was initially launched outside of Spain; all of our international broadcasters started to air the campaign two weeks prior to the launch in Spain.

“Although the campaign is currently live in 21 countries, our aim is to enhance our presence in the international markets. What’s more, the universal nature of the game means that we have a footprint in many countries thanks to social media.”

Football matches last just 90 minutes, but LaLiga is determined to show that it is not limited to what takes place between the white lines.

“LaLiga is a part of people’s lives and that was our starting point in the creation of this world that goes far beyond the confines of a football pitch,” added Moreno.

“This new approach sees us expand our field of action, whilst enabling LaLiga and its member clubs to follow this blueprint in all of their activities, be these on or off the pitch, so as to allow those who don’t know anything about the game to feel as if there’s more on offer than just football.

“The idea is that there’s much more to it than what happens over the course of the 90 minutes.”

Being a national brand is, of course, no longer enough for an organisation of LaLiga’s stature. But, as the organisation continues to grow overseas, Moreno is keen to ensure both domestic fans in Spain and those in emerging markets are catered for.

“We have a global product and the passion for LaLiga is one that transcends borders. However, we mustn’t neglect our history and forget where we come from. Spain is a country in which there’s a great love for football and that’s what has made LaLiga into the global product it is today.

“The key to all of this is to ensure a global focus, without undermining your local following. Our aim is to make the experience of watching a game unique, regardless of where you are, and for supporters to be able to enjoy a unique entertainment experience to the max.

“Our league is a competition which is full of action. The language of football is universal and is understood both within Spain and abroad.

“One of the focal points of LaLiga’s strategy is our internationalisation. LaLiga operates throughout the globe, and although in certain countries we’ve noticed that there is greater potential in terms of the interest in sport in general, and football in particular, for the very reason that we offer more than just football, we’re trying not to neglect any of the markets.”