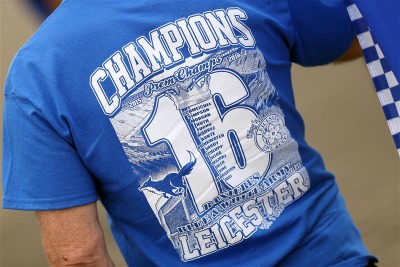 The 92 Premier League and Football League clubs generated more than £4 billion in revenues for the first time in 2014/15, according to the 25th Annual Review of Football Finance from the Sports Business Group at Deloitte.

In addition, clubs’ capital expenditure reached £305 million, the most ever invested in a single season.

Premier League clubs once again saw record revenues, generating £3.3 billion as the league continues to benefit from the current broadcast rights cycle, which began in 2013/14.

The lucrative broadcast deals have also helped clubs to record a second consecutive year of pre-tax profits in 2014/15, the first time this has happened since 1999.

Despite the revenue increase being modest (3%) when compared with wage costs growth (7%), Premier League clubs’ operating profitability was still the second highest it has ever been and almost seven times the average of the five years to 2012/13.

Dan Jones, Partner in the Sports Business Group at Deloitte, comments: “The pace of football’s financial growth in two and a half decades is staggering.

“By half-time of the second televised Premier League game next year, more broadcast revenue will have been generated than during the whole of the First Division season 25 years ago.”

“It is particularly reassuring to see that clubs are looking to spend on improving stadia and infrastructure.”

“The impact of the Premier League’s broadcast deal is clear to see. For the first time, the Premier League leads the football world in all three key revenue categories – commercial, matchday and broadcast – and this is driving sustainable profitability.”