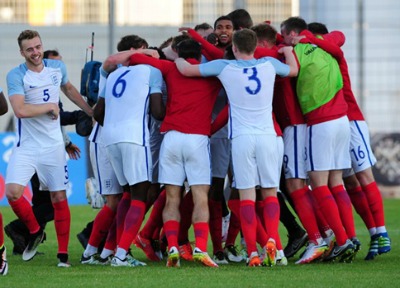 England’s U21 victory over France in the final of the prestigious Toulon Tournament was their first success in the competition for 22 years.

The unique invitational tournament is organised by the Toulon-based Revello family in partnership with London-based Sports Marketing Agency Pitch International.

Pitch International are also responsible for the international broadcast rights, health and this year the Toulon Tournament was shown live in 123 countries across many channels, rx including ESPN.

BT Sport broadcast Gareth Southgate’s young team’s success in the UK, with the final attracting the channel’s largest audience on Sunday and when it was repeated on the UK’s Bank Holiday Monday.

England Head Coach Gareth Southgate was full of praise for the Toulon Tournament, commenting: “It’s very different to a European Championship and it’s the only opportunity that we get to play teams from the rest of the world in this age group.

“It’s been a great experience for the players and staff, and this win should give them confidence, both collectively and individually.”

Pitch International Chairman Trevor East said: “We are delighted at playing our part in re-establishing the profile of the tournament and England’s victory has certainly helped put the Toulon Tournament firmly back on the international map.

“We are also very pleased for Gareth Southgate, who has been a great supporter of Toulon and been brilliant to work with as England U21 Head Coach.”