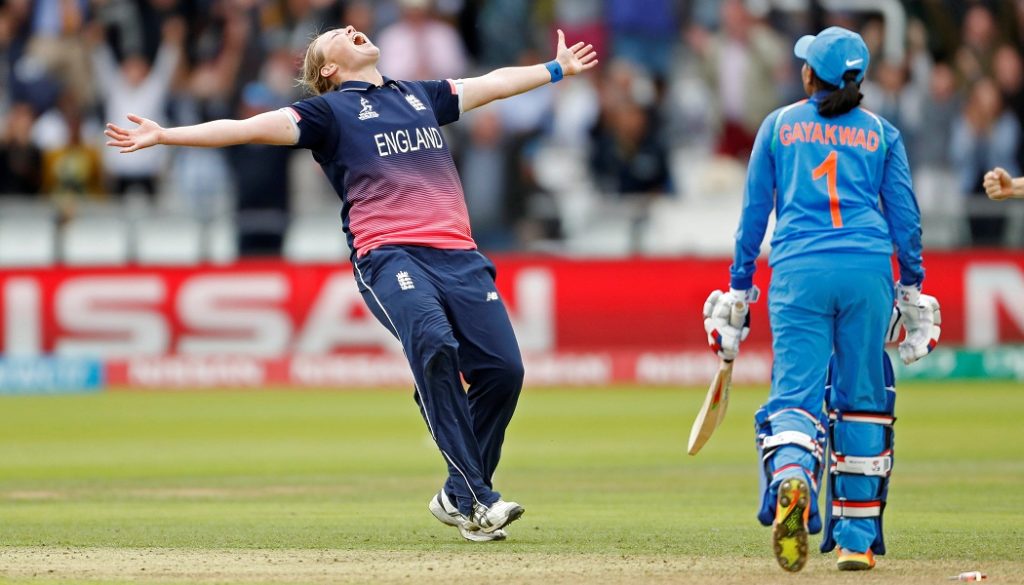 ECB and Channel 5 today announced an extension to their existing deal, covering highlights of all England women’s home games. This will encompass Tests, ODI and T20 internationals on free-to-air television until the end of 2019 and include the next women’s home Ashes series with Australia.

The new deal represents a further boost for the women’s game following England women’s recent triumph over India in the ICC Women’s Cup Final at Lord’s – a match which was played in front of a sell-out crowd and attracted TV coverage in 139 countries worldwide.

ECB’s Director, England Women’s Cricket Clare Connor said: “The move to show England women’s cricket highlights on terrestrial TV is another huge step forward for international women’s cricket. The ticket sales and viewing figures from the ICC Women’s World Cup showed there is a growing audience for our game and this platform will give us the chance to further capitalise on that.

“We are overwhelmingly proud of our World Cup winners and it will be wonderful for even more fans to be able to watch them in action from next year.”

Paul Dunthorne, COO of VIMN UK, Northern and Eastern Europe commented: “We’re delighted to offer the world-conquering England women’s cricket team a terrestrial TV platform as cricket continues to broaden its appeal – and attract even more women and girls to the sport.”

Channel 5’s highlights, the only international cricket available to free-to-air audiences, have been a mainstay on the channel since 2006. The highlights package will continue to broadcast in its primetime slot, allowing viewers the chance to take in all the key events, as close as possible to the end of play.

This new deal sits alongside Channel 5’s ongoing commitment to provide a wide variety of sporting content, with Aviva Premiership Rugby highlights and five live games, live boxing, live motorsports including Formula E, highlights from MotoGP and the FIA World Rally Championship, as well as weekly football highlights from across the EFL.

Viewers will have the chance to watch highlights from all of England’s men’s and women’s home games, including the men’s 2019 Ashes. This year, the channel is showing highlights from England’s forthcoming home international series against the West Indies.