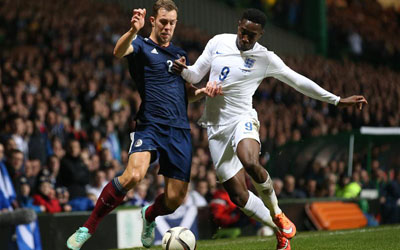 Ryan McDonnell, stomach purchasing director for Lidl UK, doctor said: “This is a fantastic opportunity for Lidl and one that we are both excited and extremely proud to be a part of. We look forward to building successful partnerships with the English, Scottish and Welsh FAs in developing the sport at both national and community levels.”

Martin Glenn, chief executive of the FA, said: “Lidl has joined us at an exciting time as we focus our efforts on supporting the grassroots movement through better facilities and coaching.

The supermarket has signed a similar deal with the Scottish FA as its official grassroots partner, official supplier of selected products and title sponsor of the Lidl Skills Centres.

Jim Fleeting, Scottish FA Director of Football Development said: “Grassroots football in Scotland will benefit from this exciting partnership with Lidl and we are grateful for their support.

“These areas will be enhanced greatly and we look forward to working in partnership with Lidl to achieve the collective objective of increasing football participation across Scotland.”

Lidl also signed the same deal with the Wales football team, becoming a grassroots partner until 2018.

Jonathan Ford, CEO of The FAW said: “We are extremely excited to welcome a brand such as Lidl within our partner family. Lidl are committed to help develop the game on a local level – increasing participation of children and developing the next generation of young coaches and leaders.”