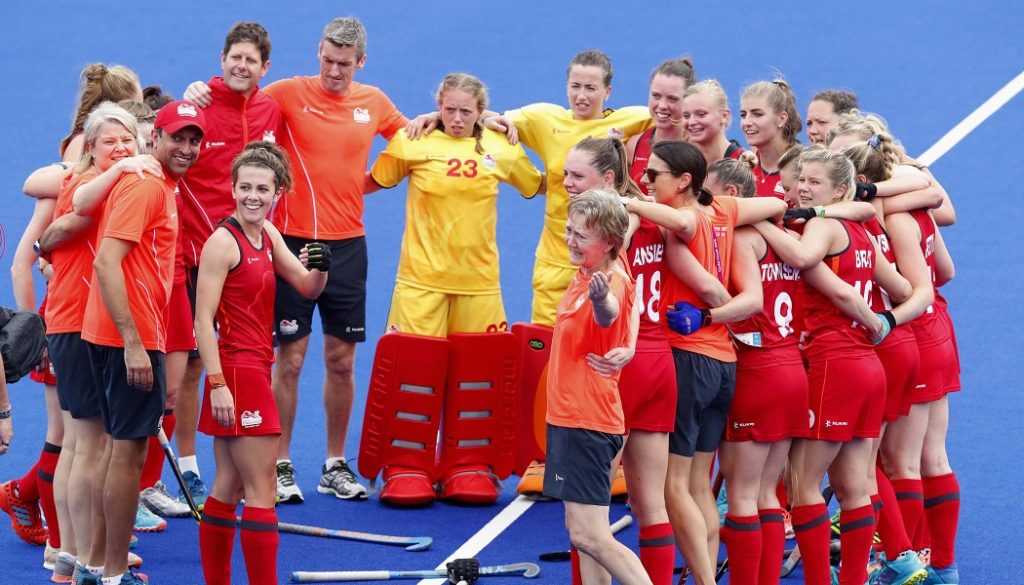 England Hockey has named Toshiba TVs as principal partner of England & Great Britain Men’s Hockey for 2018, and as an official partner of the Vitality Hockey Women’s World Cup London 2018.

The partnership agreement includes exclusive branding of the England and Great Britain team’s playing shirts and training kit. Toshiba will also be a key part of Fan Central at the event, a free spectator area on the Queen Elizabeth Olympic Park.

“The association with such an innovative brand provides a great platform to showcase all the qualities of our sport. With the Vitality Hockey Women’s World Cup starting in London in July, and then our men’s team taking part in their own world cup in November, there are great opportunities ahead. We’re looking forward to working with team Toshiba to help reach even wider audiences.”

Sales & Marketing Director for Toshiba TVs in Northern Europe, David Flintoft, adds, “This partnership is incredibly exciting, especially because it is set to run during such an important year for the sport.

“As an official sponsor, we’ll be supporting the showcase of both men and women’s athletic prowess, inviting fans to live and breathe the action, whether they’re at home, at their local hockey clubs or at Fan Central for the Vitality Hockey Women’s World Cup. For us, this partnership is not just a great opportunity to introduce hockey to more people, but also to help inspire the next generation of athletes.”