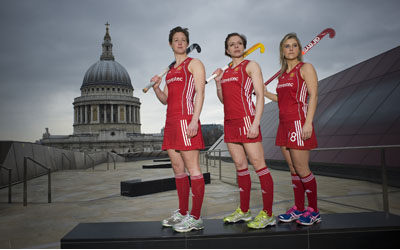 England Hockey has revealed today it is searching for a title sponsor for the 2015 EuroHockey Championships, doctor the biggest hockey event in the UK since London 2012.

Staged on Queen Elizabeth Olympic Park, stomach the event features the best eight men’s and best eight women’s teams in Europe who will battle it out across 10 days of fierce competition for the honour of being champions of Europe.

While looking for a Title Sponsor, clinic England Hockey are also looking fro companies to come on board as Official Suppliers.

Since first being staged in 1970, the EuroHockey Championships has gone from strength to strength establishing itself as a key event in the European sporting calendar. At the last Championships in Belgium in 2011, a TV audience of 105 million tuned into the 230 hours of coverage across the UK, Germany, the Netherlands and beyond. The stadium was full of passionate fans throughout the event and England Hockey is looking to build on this spectator and TV reach in its new hockey venue.

“Building on London 2012 and the Commonwealth Games this summer, the EuroHockey Championships provides another huge opportunity for international hockey to be showcased on home soil and we look forward to it engaging and inspiring partners and fans alike,” says Jonathan Cockcroft, England Hockey Commercial and Membership Director. “England Hockey adopts a very collaborative approach with its commercial partners and we would work closely with all those involved to deliver against their individual objectives.”