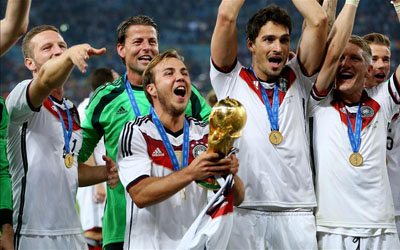 Emirates Airline Will Not Renew Sponsorship With FIFA

Emirates Airline has announced it will not renew its sponsorship with world football’s governing body FIFA for the 2018 and 2022 World Cups.

The Dubai-based airline claims this is due to the terms of the proposed extension not meeting their expectations.

Emirates have been FIFA’s airline partner for three World Cups from 2006 to 2014.

“Emirates can confirm that a decision has been made not to renew the sponsorship agreement with FIFA past 2014,” the airline said in a statement.

“This decision was made following an evaluation of FIFA’s contract proposal which did not meet Emirates’ expectations.”

Qatar Airways, the official carrier of the 2022 World Cup host nation, has been rumoured to be replacing Emirates as a sponsor to FIFA.

In November 2013, sportswear company Adidas extended its long-term partnership until 2030.