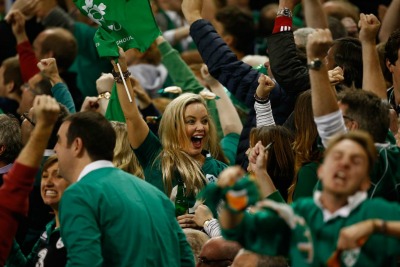 The broadcaster, formerly known as Setanta Sports, will show all 48 games live from Japan in 2019 with 13 of them, including Ireland’s pool matches, the opening game, the four quarter-finals, both semi-finals, the bronze final and the final also being shown live on a free-to-air channel yet to be confirmed.

Under the terms of the deal, Eir Sport will manage the broadcast of live coverage of all 48 matches and will also deliver a TV, digital and mobile highlights offering as well as some additional programming.

World Rugby Chief Executive Brett Gosper said: “Rugby World Cup 2015 was a very special and record-breaking tournament. Central to its success was the reach and appeal of the tournament through our broadcast partners in the UK and Ireland, where record rugby audiences were achieved.

“Ireland has traditionally been a strong and passionate rugby market and we are delighted to be appointing a broadcaster that shares our enthusiasm for our showcase events in both the men’s and women’s games, as the exciting momentum continues towards what promises to be a ground-breaking Rugby World Cup 2019 in Japan and a thrilling Women’s Rugby World Cup 2017 in Ireland.”

Rugby World Cup 2015 was the most widely viewed rugby event ever. The live audience for the 2015 tournament increased by a factor of 48 per cent over the 2011 edition in New Zealand, with live viewership through 106 broadcasters reaching nearly 724 million homes worldwide. In Ireland, Rugby World Cup matches delivered three of the top four broadcast audiences in the Republic in 2015.

As part of the deal announced in Dublin on Monday, Eir Sports will also broadcast the World Rugby U20 Championship 2017-19 and Rugby World Cup Sevens 2018 in the San Francisco Bay Area.