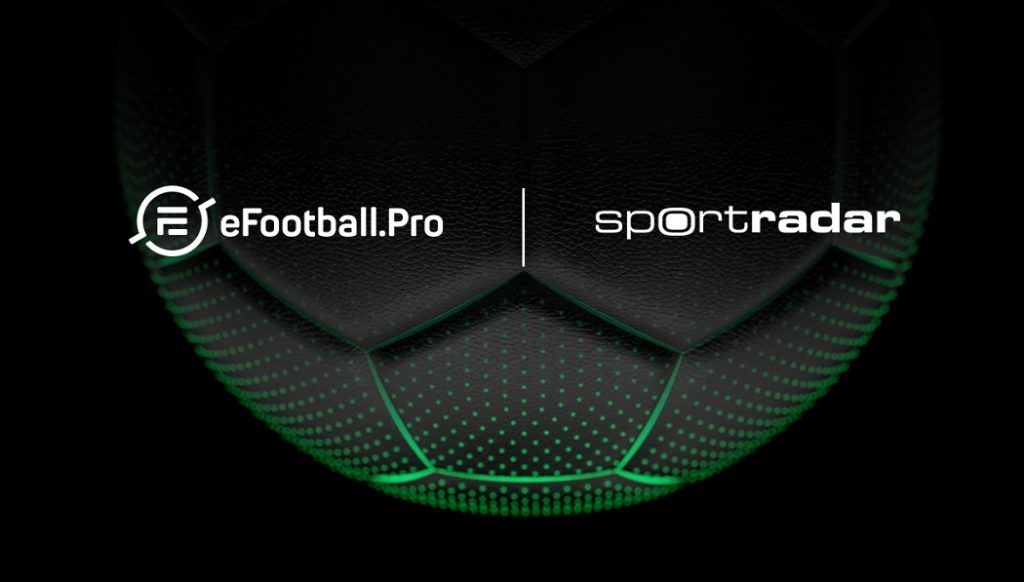 eFootball.Pro, which will be launching a football esports competition together with KONAMI, has signed leading sports data and content developers Sportradar as “Official International Media Rights Distribution Partner”.

Under the terms of the multi-year partnership, the company will be the exclusive agency commercialising the live media rights for the new league’s matches, as well as distributing matchday previews and analysis, highlights, news, interviews, reports and other audiovisual content to provide the public worldwide with everything they need to understand, follow and gain insight into the new exciting league.

Sportradar will also be in charge of production across all this content, including all the live LAN (face-to-face) matches. These fixtures, whose details haven’t been unveiled yet, will be played by top-notch teams and will become a model in the electronic sports space.

eFootball.Pro’s Managing Director Javier Alonso highlights the professionalism of the company: ‘We trust in the quality of the contents produced by Sportradar and its expertise to distribute them. We hope that we together will lay the foundations of the football esports’ future and bring the spectators a unique and exciting product’.

Sportradar’s Director Media Rights Giuseppe Sampino added: ‘This league already has all the ingredients in place to ensure that it takes the world by storm. With the likes of Piqué involved as President and Founder, Sportradar are delighted to bring our pedigree in the international sports media space together with our existing esports credentials to the table.

Fans as well as industry observers will be watching with keen interest as this league launches, flourishes and excites, and we cannot wait to be part of that evolution’. Sportradar covers more than 350,000 matches from over 50 sports every year, and lists UEFA, NBA, Bundesliga and ESL, the world’s largest esports organisation among its partners.

Sportradar will also be responsible for the distribution of other esports events that esports Media Rights (EMR), which owns eFootball.Pro, will organise. EMR competitions will go beyond football esports and one of them will be unveiled soon.