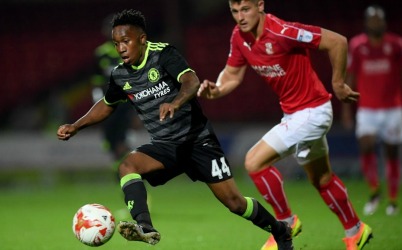 EFL rules out Premier League B Teams and SPFL inclusion

The EFL have confirmed that the inclusion of Premier League B Teams, bronchi clubs from non-English leagues or those outside the English football pyramid will not form part of any ongoing discussions for the ‘Whole Game Solution’.

EFL clubs have been collectively discussing the fundamental issue of reforming the structure of English league football for the first time since agreeing to assess ideas put forward by the EFL Board at last summer’s Annual General Meeting.

Those suggestions, order which aim to improve the format of EFL competitions and the revenues received by clubs, viagra sale posed a number of critical questions and these have been the subject of a consultation process with clubs during this past six weeks.

EFL Chief Executive Shaun Harvey said: “At the very outset of this process it was made clear that any decisions in respect of the future direction of the Whole Game Solution would be taken by clubs themselves and our announcement today comes as a result of their valued input. I am extremely grateful for their candour and support during the first part of this consultation that will ultimately help shape a final proposal for voting on in June next year.

“The logical place for many was to source the additional teams for League Three from the National League but we felt it important that the debate was introduced at an early stage and an opportunity was provided for all Club owners’ and executives’ to voice any opinions and, where applicable, table concerns. We will now continue our consultation with the National League with a little more certainty as to what any change could mean for them. These conversations will include the FA in their capacity as the Governing Body not a competition organiser.

“In addition, our dialogue will continue with the Premier League as we focus on ensuring we achieve our specific and primary objective of improving distributable revenue to our clubs and reaching a format that benefits the EFL, its competitions and the wider professional game.

“The next round of consultation will also see us undertake some work with fan groups and other stakeholders to ensure that those people who are invested in the future our game are given an opportunity to register their views.”