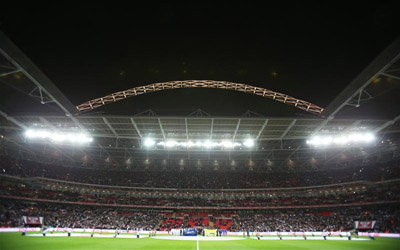 Everything Everywhere Limited now known as EE, a UK based mobile network operator and internet service provider is set to sponsor Wembley Stadium.

The Football Association has been seeking a new partner for the stadium hoping to raise £8m a year from a commercial deal and sources have told Marketing that EE is close to signing the deal.

However, the deal will not mean that the Wembley name is given over to a corporate sponsor as the FA believes this would alienate fans, but it is likely to mean that EE will form part of the name, such as “Wembley in association with EE”.

The FA has been on the hunt for a lead commercial sponsor since the new Wembley Stadium was opened in 2007. The deal, according to sources, is likely to be announced in the coming weeks.

Wembley has a number of current commercial deals, but not a lead sponsor. These include a deal with Carlsberg as the “Official Beer of Wembley Stadium” and commercial tie-ups in the food, soft-drink, confectionary and travel categories.

A deal between the FA and EE would mark EE’s first foray into football.

“Very sensible move as long as the name Wembley Stadium remains. Extra revenue will be welcome but Wembley and EE will have to ensure full connectivity in the stadium to make the relationship seem valid,” he told iSportconnect.