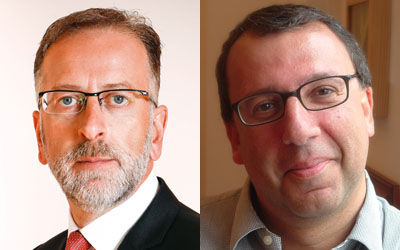 iSportconnect, the world’s largest global private network of sports business executives, is delighted to announce Ed Warner, Chairman of UK Athletics and Nick Bitel, CEO of London Marathon Events and chair of Sport England, as the first confirmed panellists for the next Directors’ Club in London.

The event will be the final Directors’ Club of the year and will be held at the 5-star Grange St. Paul’s hotel on 8th December.

The evening will also include a special post-event Christmas Dinner with Live Entertainment at the hotel’s beautiful Novello Restaurant.

This will be the third Directors’ Club in London in 2015 and the seventh in total this year. The event has certainly continued its growth this year and has debuted in new territories across the world, with two events in Moscow and another in Mexico City.

The Directors’ Club also made successful returns to Dubai and Paris this year as it continues to be one of the most popular events in the sports business industry.

He led the successful London campaign to host the 2017 IAAF World Athletics Championships as Chairman of its bid committee and has since been appointed Chair of London 2017 to lead the staging of these Championships and of the IPC Athletics World Championships in the same summer.

He played a key role in securing the long term future of the athletics track at the Olympic Stadium in Stratford and has been Chair of IPC Athletics since 2011.

Nick Bitel has been the Chief Executive of London Marathon Events which organises the London Marathon, the world’s most successful city centre marathon, since 1995.

The event has grown substantially in that time and now sees over 37,000 finishers each year who between them raise a world record £54 million per annum. It also organises RideLondon a major two day cycling festival that sees over 100,000 cycling on closed roads in the British capital.

iSportconnect Directors’ Club events are a gathering of exclusively invited director level delegates, partaking in a BBC Question Time-style discussion with a panel of well-established executives from the sport business industry.

iSportconnect chairman Michael Cunnah said: “We’re very excited to welcome Ed and Nick as panellists for our final Directors’ Club of the year. They have been involved in sport in the UK for a number of years and their experience in this industry will help to create really interesting and meaningful discussions.”

To register your interests please contact Elyse Gallacher at elyse.gallacher@isportconnect.com.