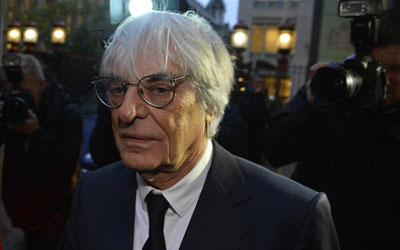 Formula One Chief Executive Bernie Ecclestone has admitted that the financial crisis surrounding some of the smaller teams in the sport is ‘probably my fault’.

Marussia and Caterham entered into administration which reduced Sunday’s US Grand Prix race to 18 cars.

The collapse of these teams caused anger among some of the other surviving teams, who claim the sport’s revenues are not distributed evenly.

“There is too much money being distributed badly – probably my fault,” he said.

“We have to decide the best way to sort this whole thing out.

Ecclestone says he knows the problem but doesn’t have a fix and has called on other Formula One teams to make sacrifices in order to save the sport from potentially collapsing.

“Like lots of agreements people make, they seemed a good idea at the time. I know what’s wrong, but don’t know how to fix it.”

“I think the situation is such that if enough people want it resolved we can resolve it. It’s a case of the people that are involved in the sport will have to want to look after the sport and be prepared to make some sacrifices.

Ecclestone also told reporters at the US Grand Prix that he is ‘worried’ about Force India and Sauber’s participation in 2015, admitting that just seven teams and 14 cars could take to the grid for the season-opening Grand Prix in Australia.

Force India’s deputy team principal, Bob Fernley has been one of the people who has been vocal in his criticism of the governance of the sport.

“This is a programme run by the commercial rights holder (Formula One Management) and the five empowered and enriched teams which are governing Formula One.,” he said.

“Force India and other teams have no say and absolutely no knowledge of what is going on – and that is the problem.

“We don’t want to see Formula One damaged but we also have to remember the damage done to those teams – and that is an important consideration.

“The most important thing is to draw attention to the commercial rights holder, and the five (major) teams, that we have lost two teams and that is through poor management and it was unnecessary. It now threatens the integrity of F1.”

Over the last few years Ecclestone has struck private financial deals with F1’s ‘big’ teams which has resulted in the imbalance through the grid.

“It makes no difference to me how the money is shared out,” he said.

“If they sat down here with me now and said they want to share out all of the money they get in a different way, I would say: ‘Good, give me the bit of paper’.”

Ecclestone added that he would be prepared to give up some of the revenue earned by main shareholder CVC Capital Partners, if the teams follow a similar approach.

“I would say to people getting a chunk of money that I would like to take a percentage of their performance-related payment,” Ecclestone said.

“I would put that money together to divide among the three or four we know are in trouble, and then I would put in the same amount of money. But there would not be one team that would think it was a good idea.”