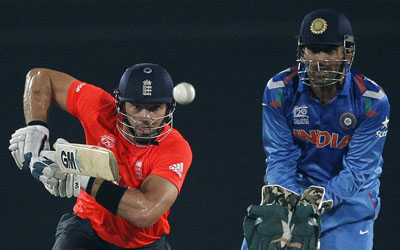 The England and Wales Cricket Board (ECB) has announced that Fox Sports will broadcast live coverage of India’s tour of England to viewers in Australia.

As a part of the deal, pilule Fox Sports will also show New Zealand’s international matches in England next summer, site as well as this weekend’s MCC vs. Rest of the World.

ECB Chief Executive David Collier said: ”Today’s announcement reflects the enormous interest India’s tour of England is generating right across the cricketing world and we are delighted that cricket fans in Australia will now be able to see every ball bowled when the teams meet this summer.”

The five-match Investec Test Series between England and India stars at Trent Bridge on Wednesday,with viewers in Australia now able to watch this and the Royal London One-Day International Series and the NatWest International T20 fixture later in the summer.

FOX Sports CEO, Patrick Delany, said: “Cricket fans in Australia have been asking for television coverage of this tour and we are thrilled that we’ll be delivering exclusive coverage to thousands of Australian-based England and India fans who won’t want to miss a ball once the action starts next week.

“The addition of the next two tours in England also rounds out our extensive schedule of international cricket over the next 12 months, including showing every game live of the 2015 Cricket World Cup,” Delany added.

The news comes on the same day the ECB announced a major partnership with Etihad Airways.