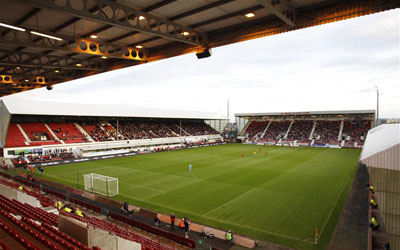 Dunfermline Athletic football club will apply to go into voluntary administration to avoid being liquidated.

The Scottish First Division club has had serious financial trouble and face a battle to remain in operation.

The Pars had been issues with a winding-up order due to an unpaid tax bill of £134,000 but Director of Football Jim Leishman has revealed that some fans have put up the money to appoint an administrator.

Leishman said: “There is a group of Dunfermline Athletic supporters who have underwritten the administrator’s fees, which is great. So we are back in the game.

“It was either liquidation where you are done and dusted, and you have nothing. But we are giving it a chance.

Dunfermline have asked Bryan Jackson of PKF to oversee the administration process, but the Court of Session, in conjunction with Her Majesty’s Revenue and Customs will need to approve the appointment.

PFA Scotland chief executive Fraser Wishart commented: “At least there is some kind of clarity to the situation and we welcome that. I’m pleased it’s Bryan Jackson, somebody I have worked with many times before and who knows the football game inside out.

“We will be looking to have a meeting with Bryan Jackson in early course to work out a good course of action that will hopefully protect all our players’ jobs.”