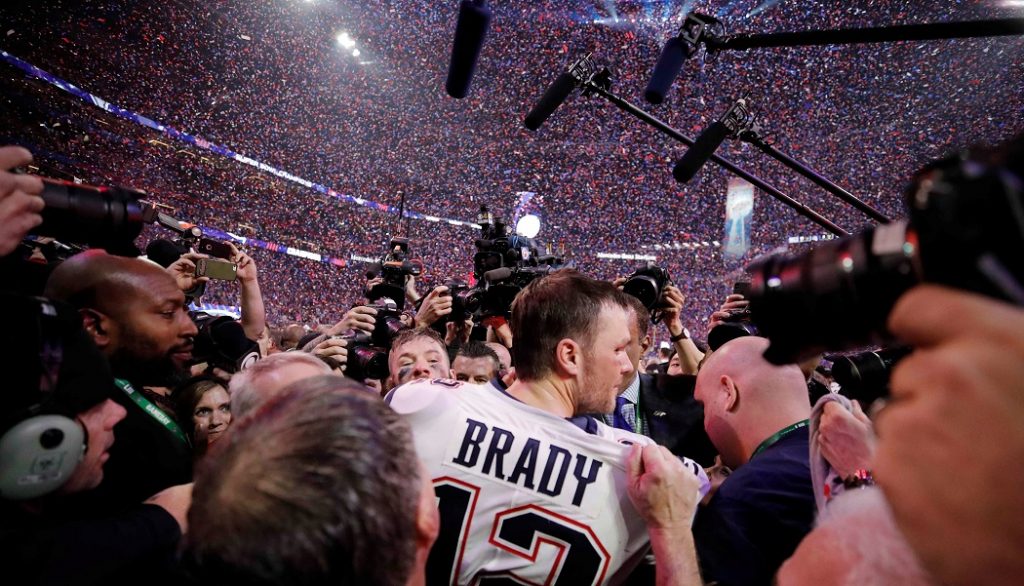 With so much of the post-game media coverage calling Sunday’s Super Bowl game between the New England Patriots and the Los Angeles Rams boring, it’s no surprise that the television ratings for CBS were down – and in fact they hit the lowest in many a year for the mega-event

The teams on the field produced the least scoring (Pats won 13-3) in Super Bowl history (this was the 53rd edition) and the 98.2 million viewers and a 41.1 household rating (according to Nielsen) made the least-watched linear TV broadcast of a Super Bowl in 11 years, and the lowest-rated in 16 years.

It was the first time in a decade that the big game has failed to average more than 100 million viewers over the entire broadcast with average  viewership down 5% drop 5 percent compared to last year’s 103.4 million viewers.

All of that said,  it’s a pretty safe bet that at the end of 2019, the Super Bowl audience  will still be the biggest of the year.

Furthermore, in this digital era, there is still no seamless ratings data combing viewing on all platforms.

CBS on Monday said its overall reach topped 100.7 million viewers when including CBS Interactive, NFL digital properties, Verizon Media mobile properties and ESPN Deportes (TV and online). But that is still down from 103.4 million for NBC’s all-platform audience in 2018.

Despite weak viewership, CBS reeled in an estimated $382 million in advertising revenue, the third-largest amount ever for the game, according Kantar Media.

Advertisers paid an average of $5.25 million per 30-second spot.